Working on a UFO

Now that I finished  the previous quilt top - it's done - it's folded up - it's put away - I convinced myself not to start something new and went through the UFO list. 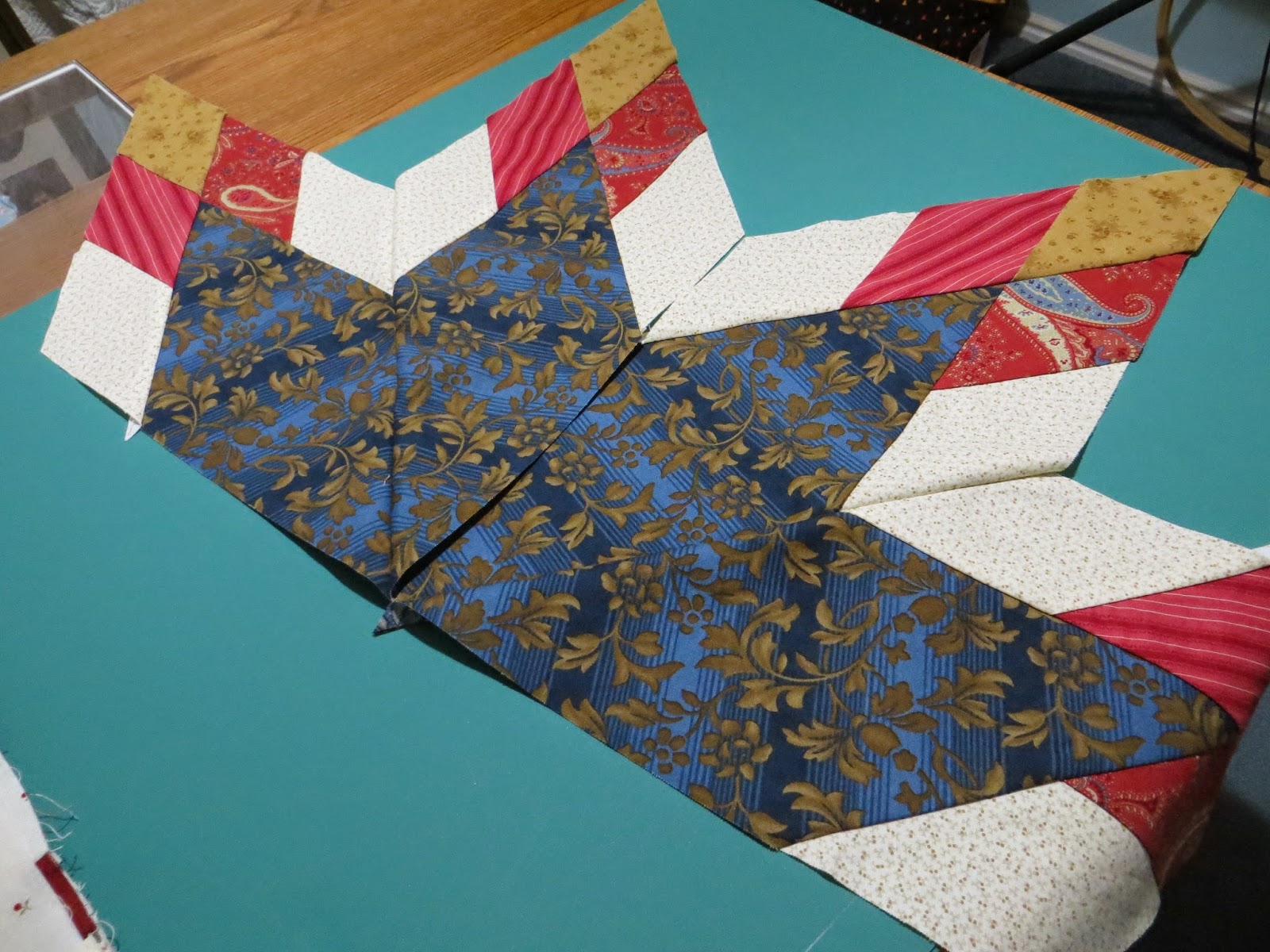 I decided to work on #5 Block in the Spotlight.  This was a BOM  2 friends and I were in charge of for my quilt group.  Each quilter picked out the 9" block that they wanted in the center and then each month we would put 3" blocks or a border around it.  The block turned out to be 15" finished.  The block below was the Churn Dash border (as you can tell) but you had the option to put little 3" churn dash blocks all the way around and it looked adorable.

I have 12 blocks done and need to make a center for them to go around.  That is what the half star is in the above picture. 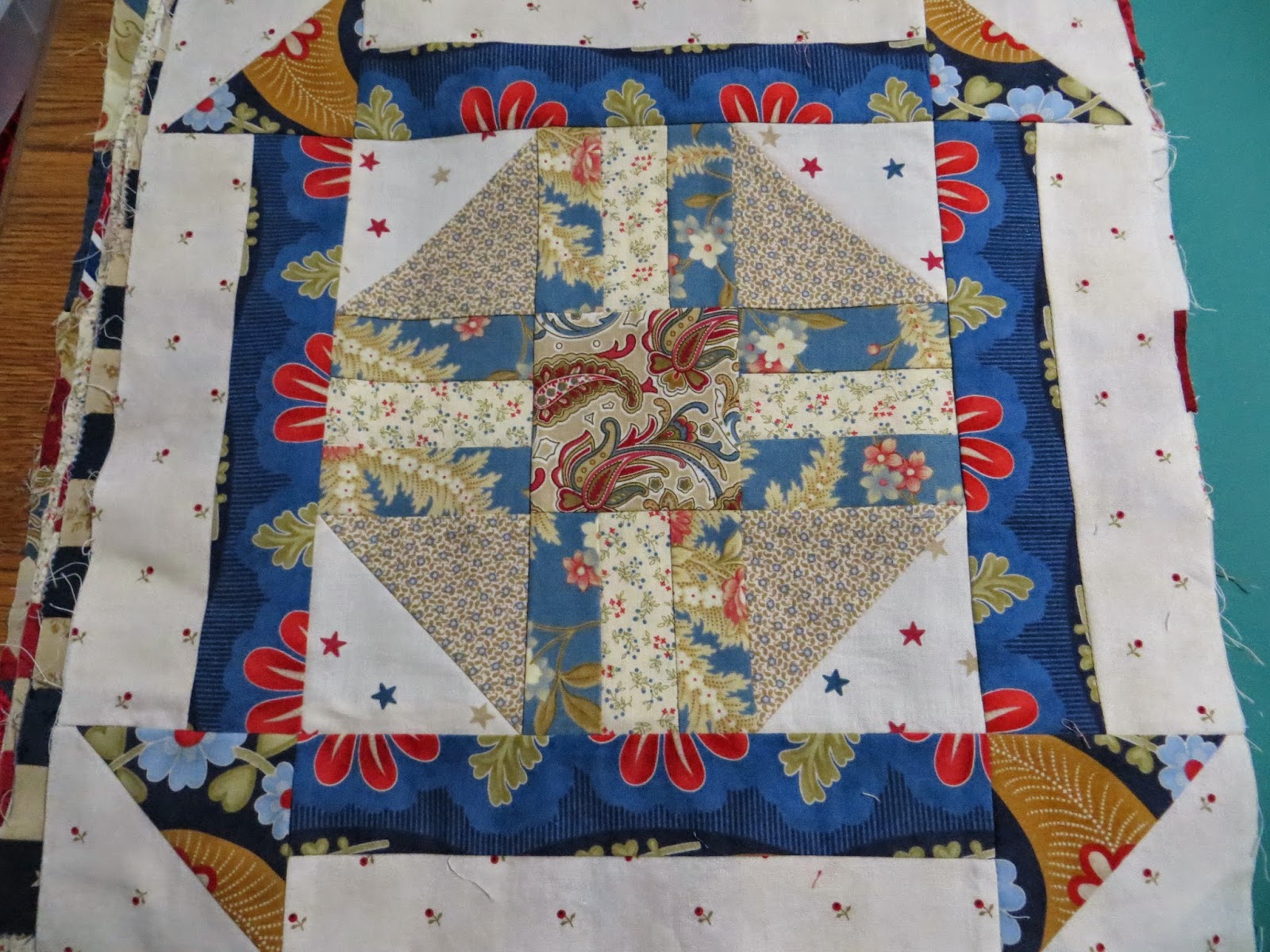 I am piecing the middle star by hand to make sure it's not going to turn out puffy in the middle. Wish me luck.

Here are the other 11 blocks. 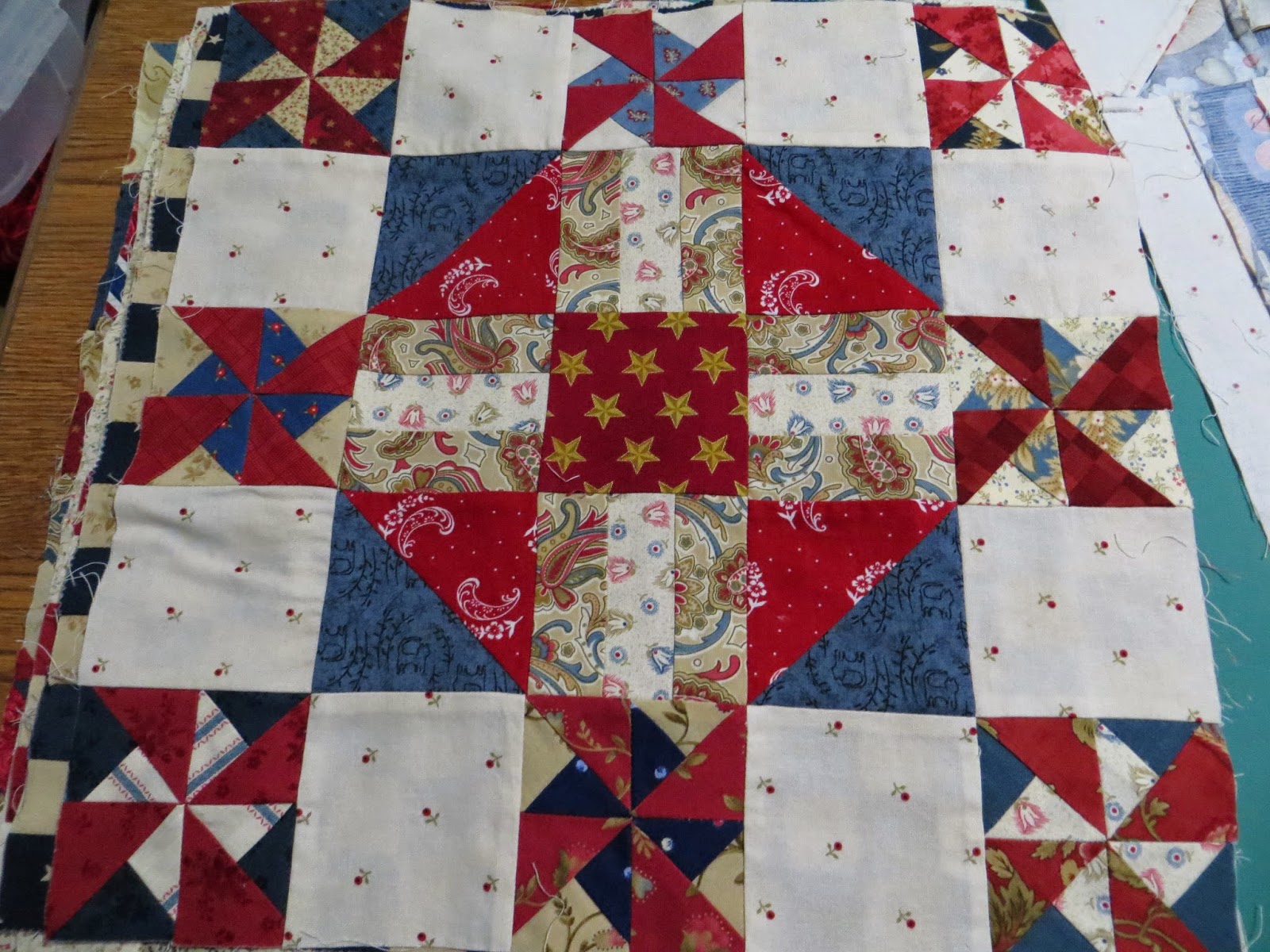 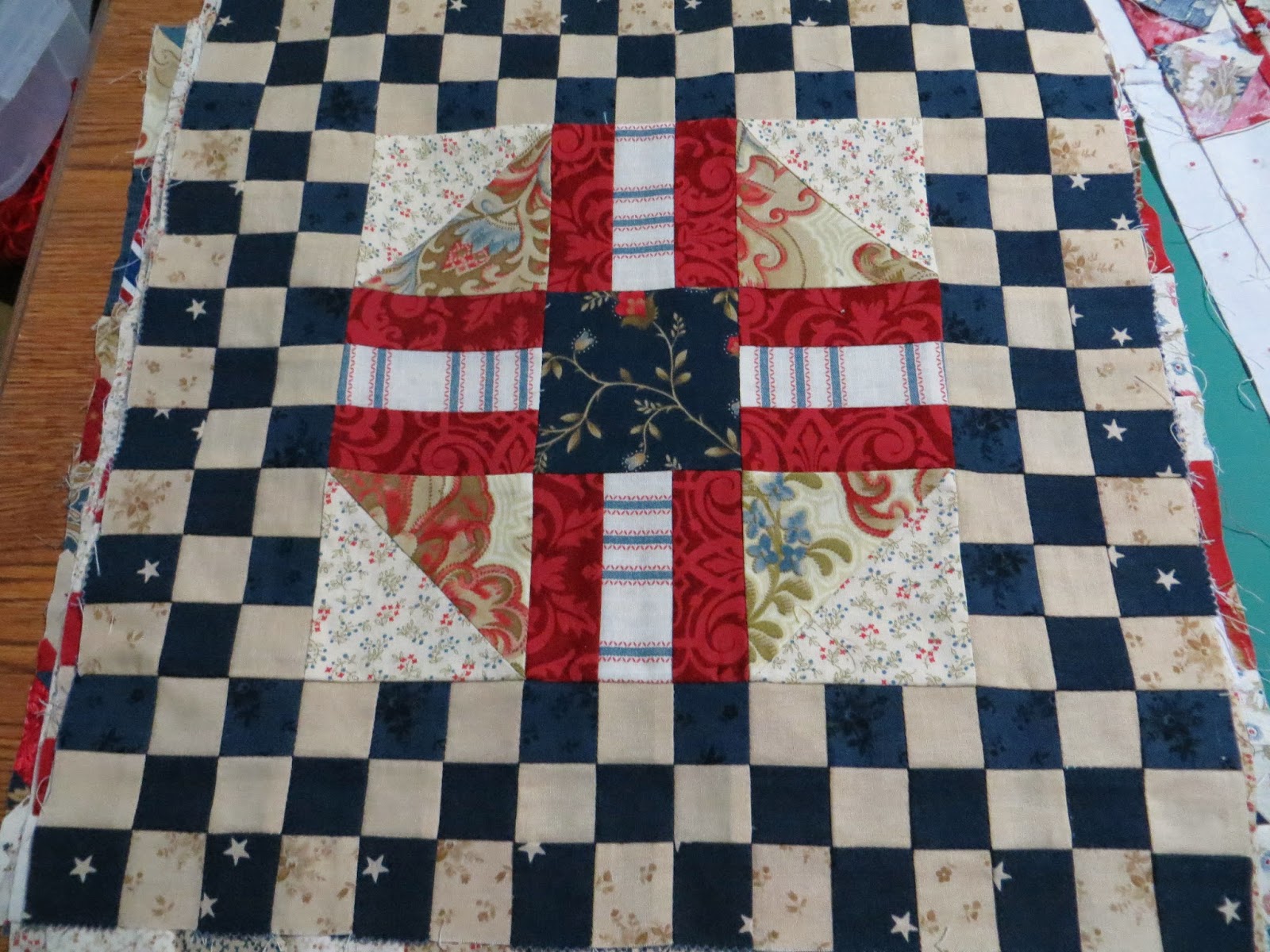 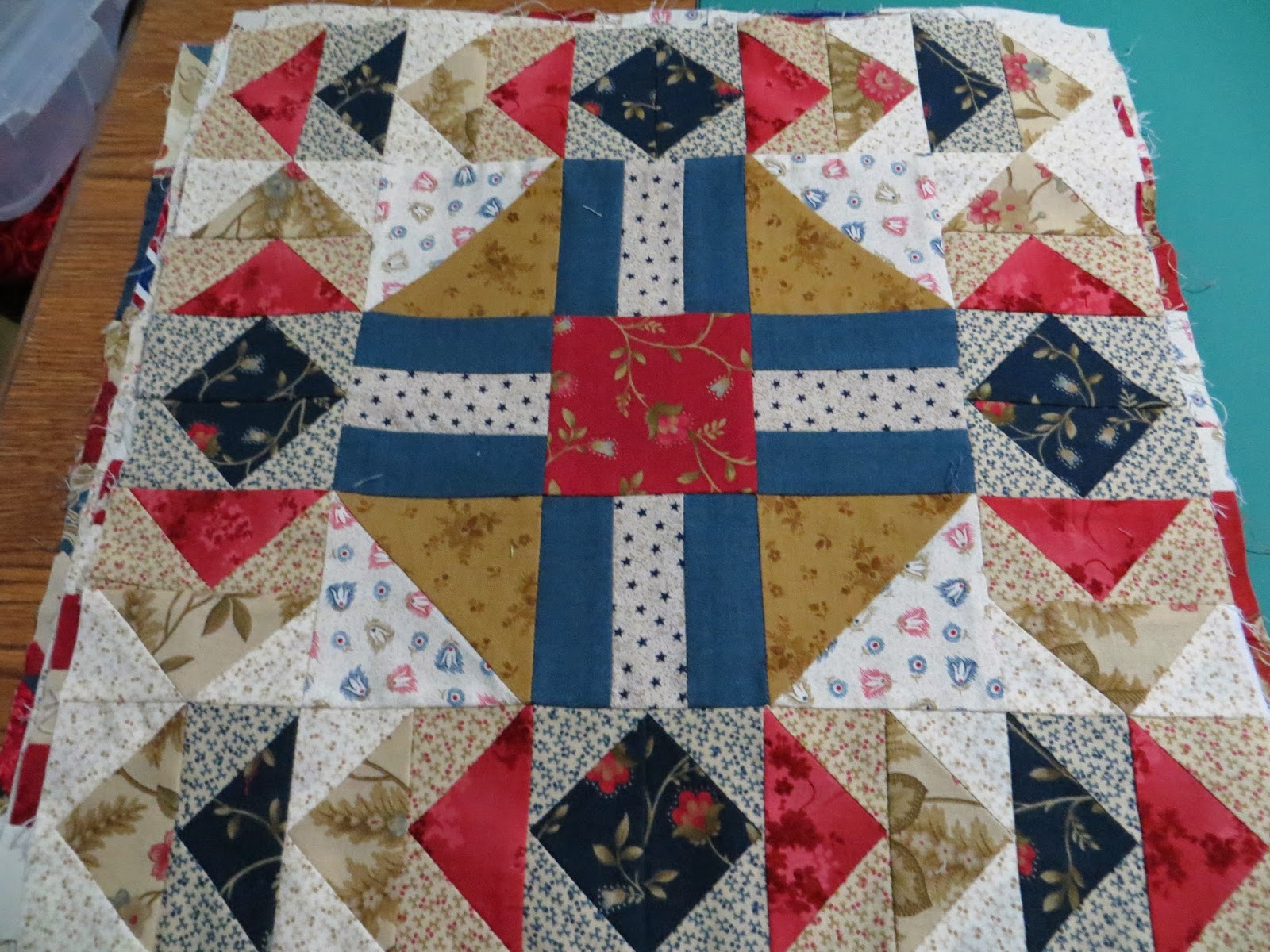 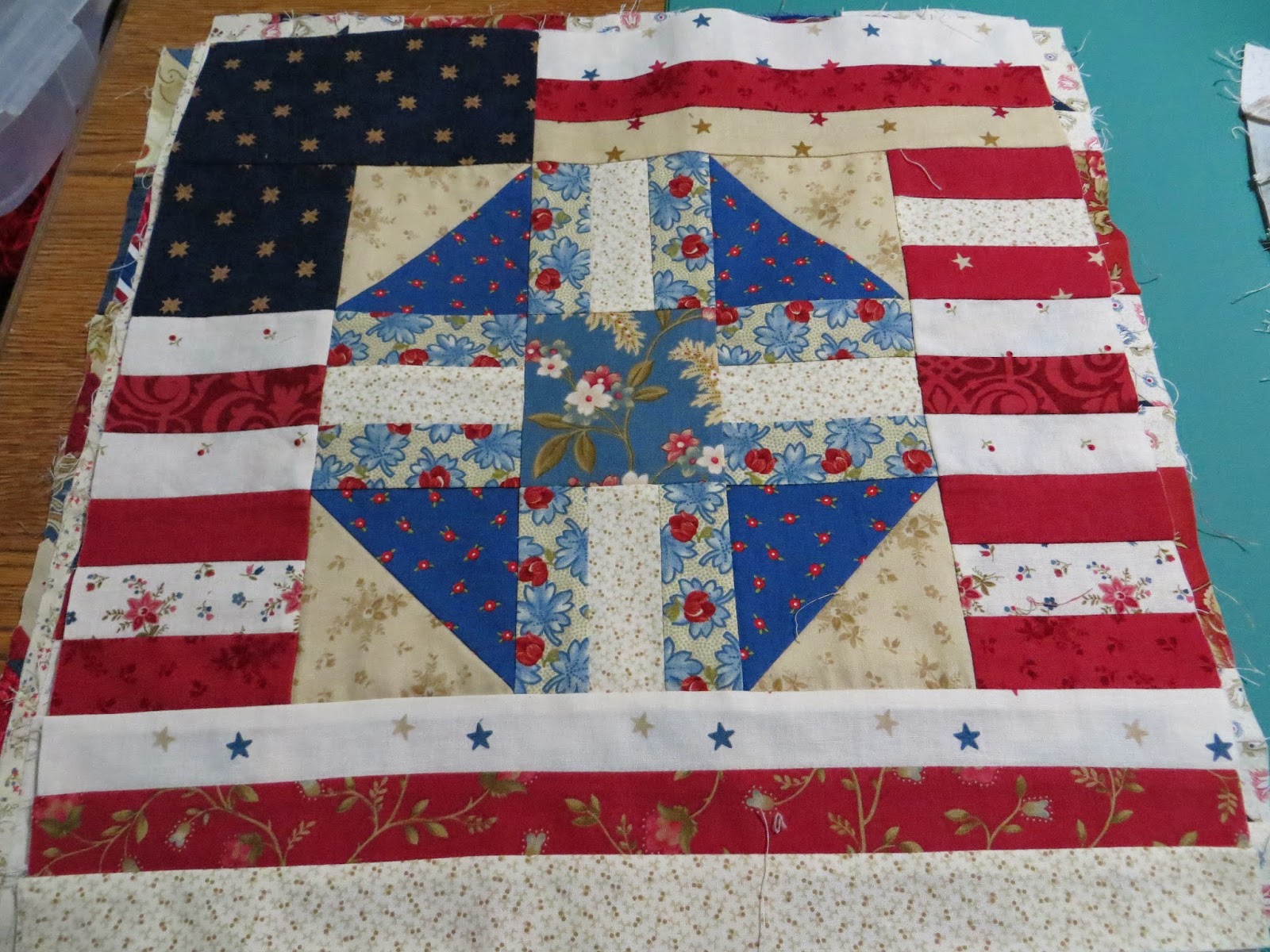 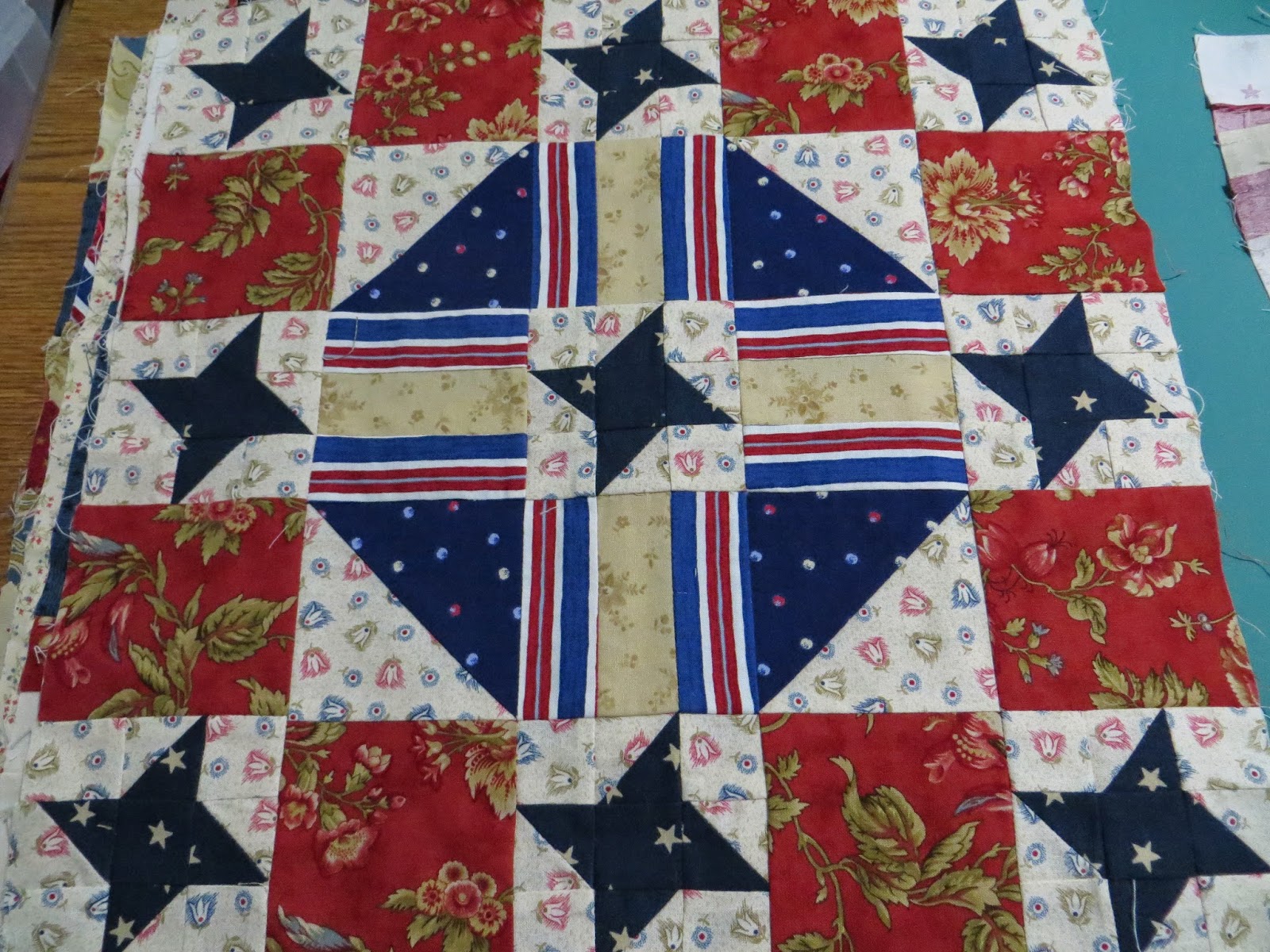 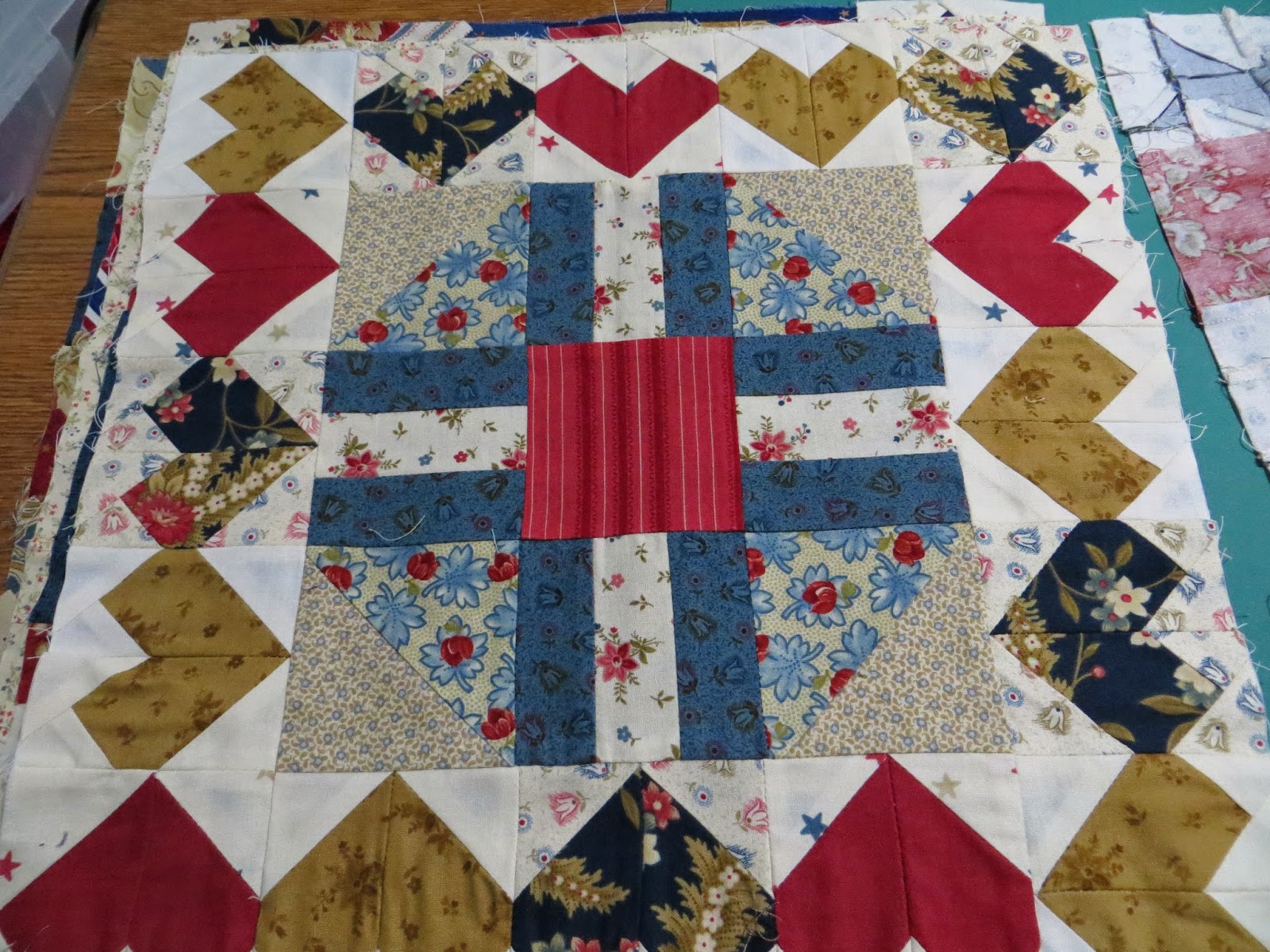 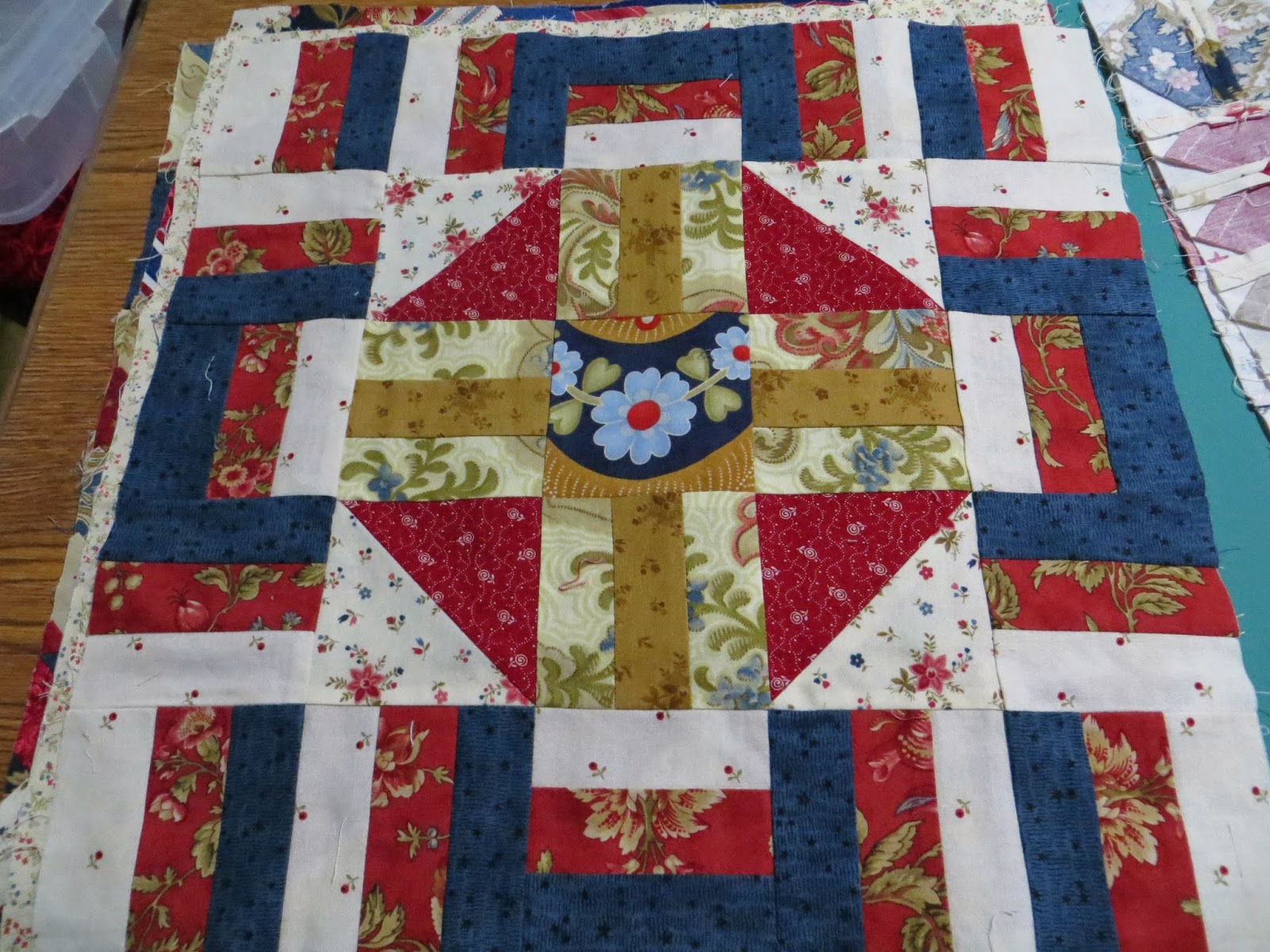 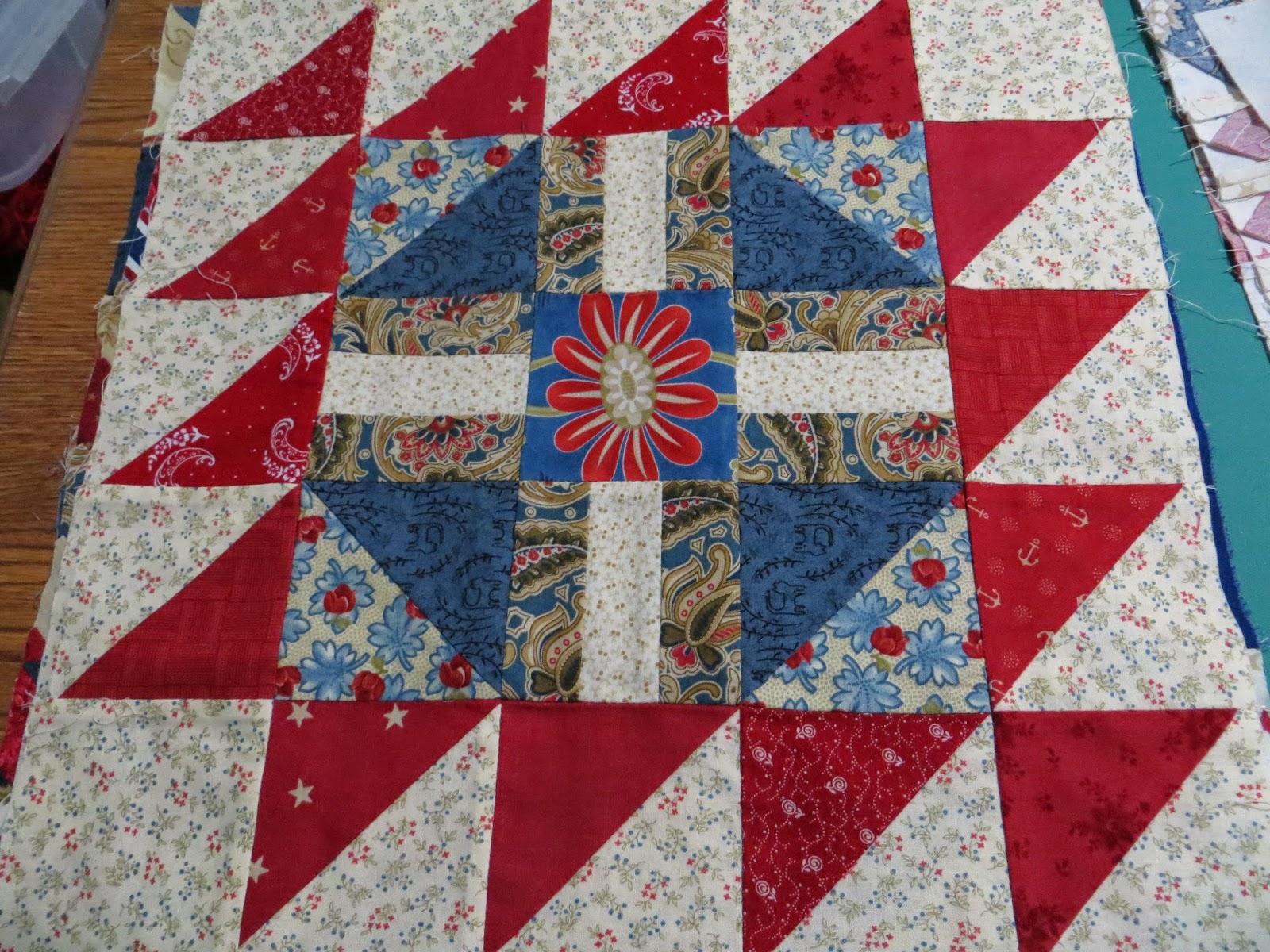 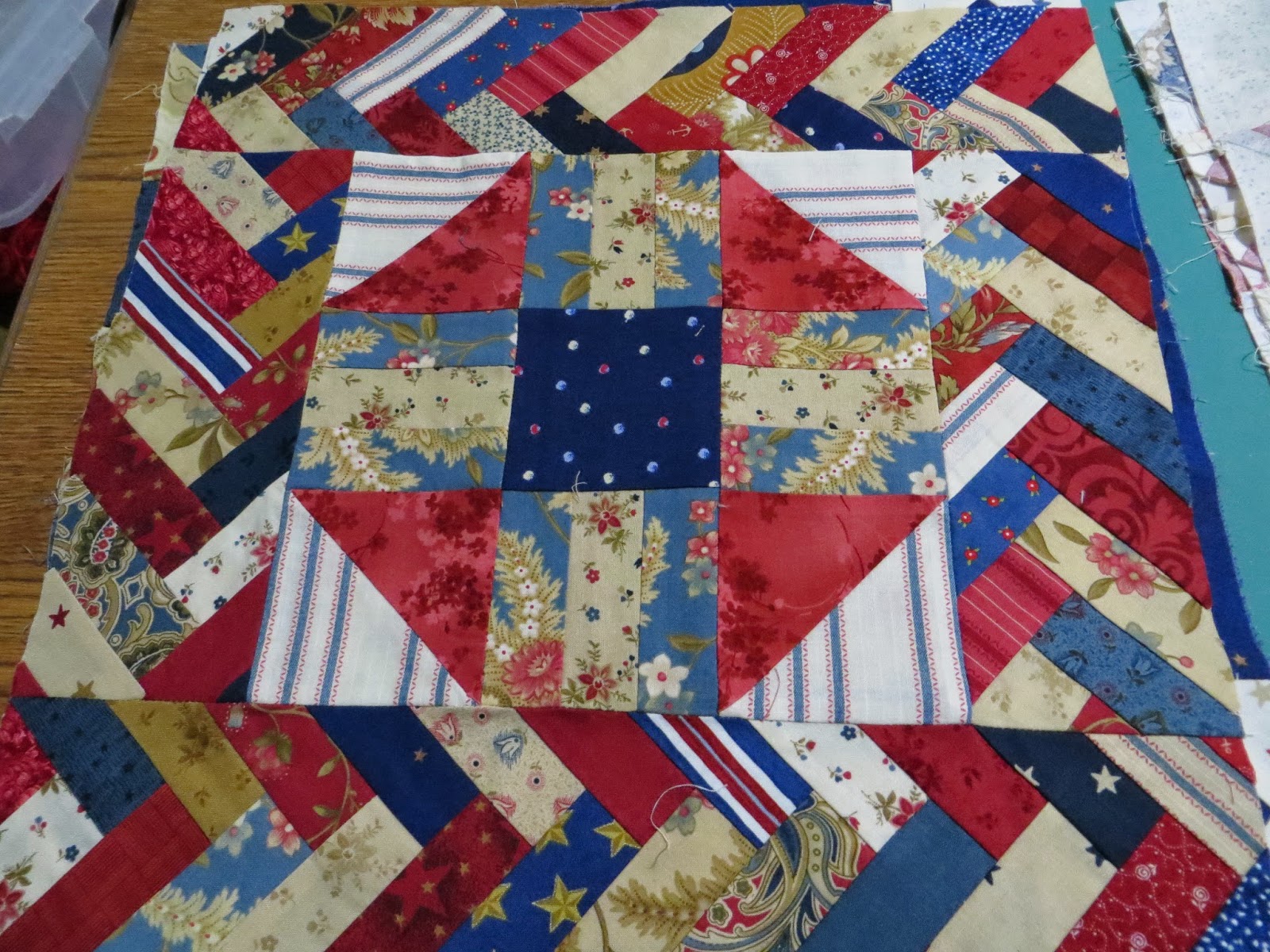 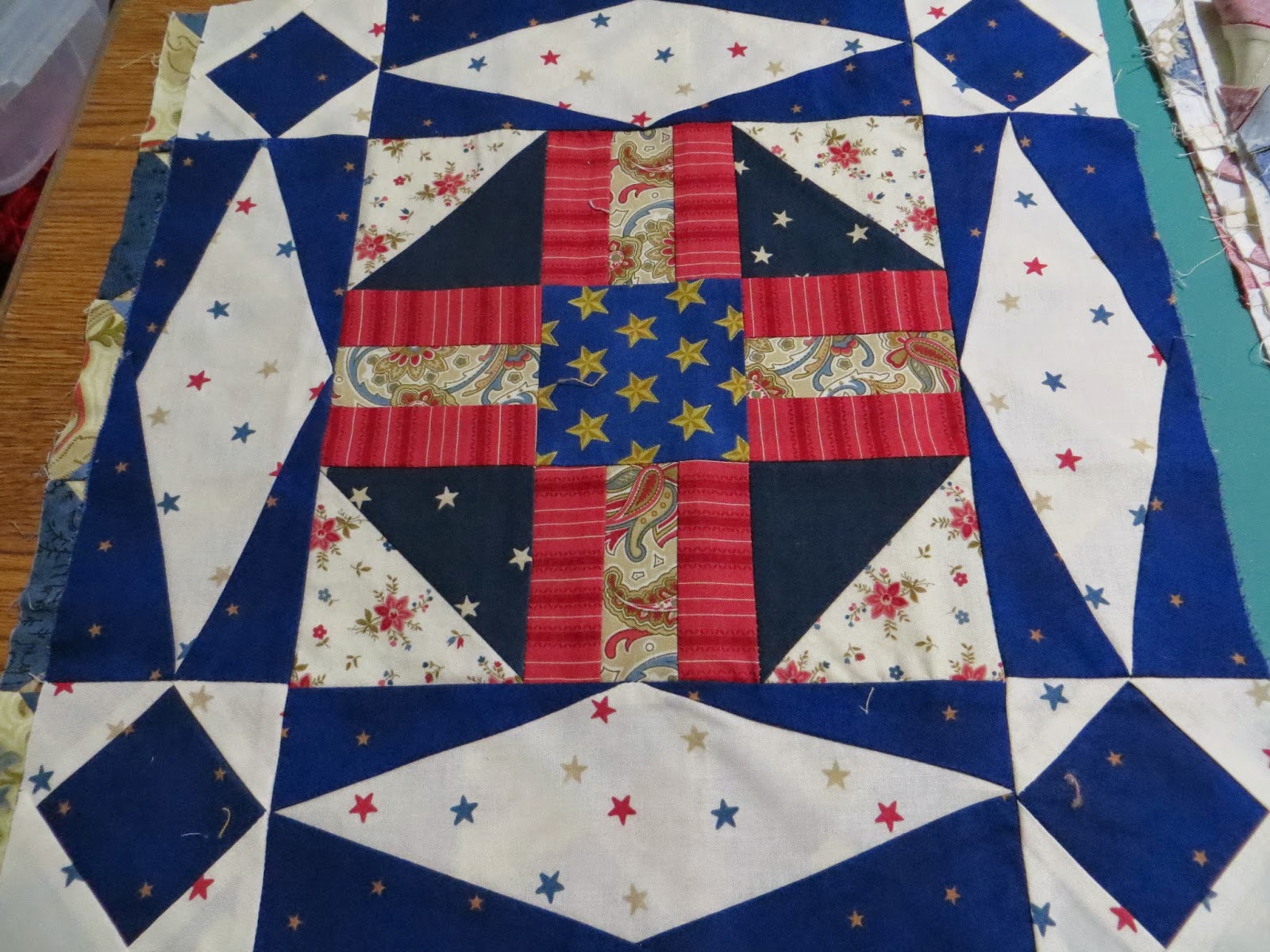 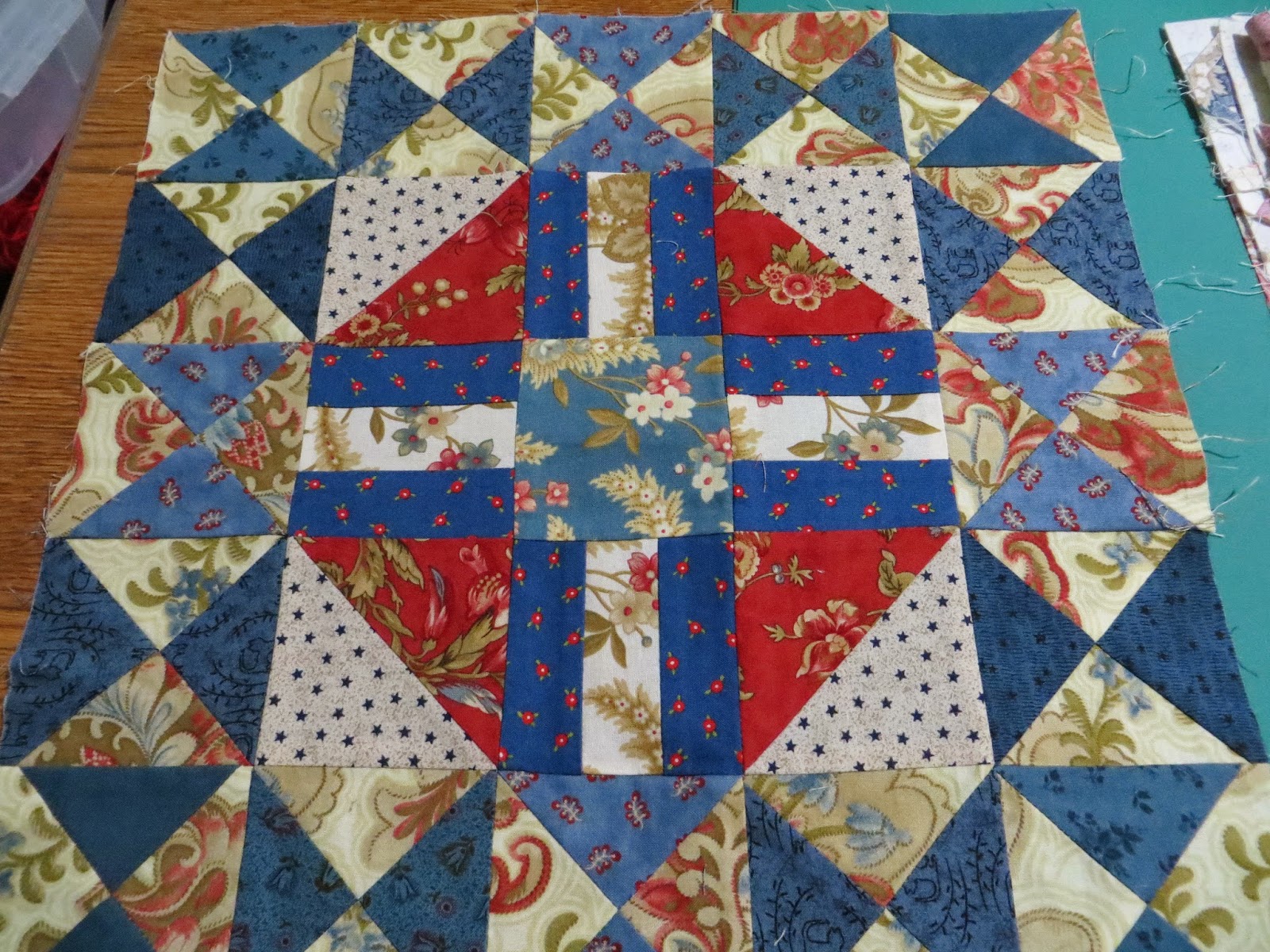 I need to make 4 more blocks for the corners and figure out what to do for the 3" border around the center star.  It's coming a long and it's fun because I have no deadlines, no dinner dates, and no company expected. 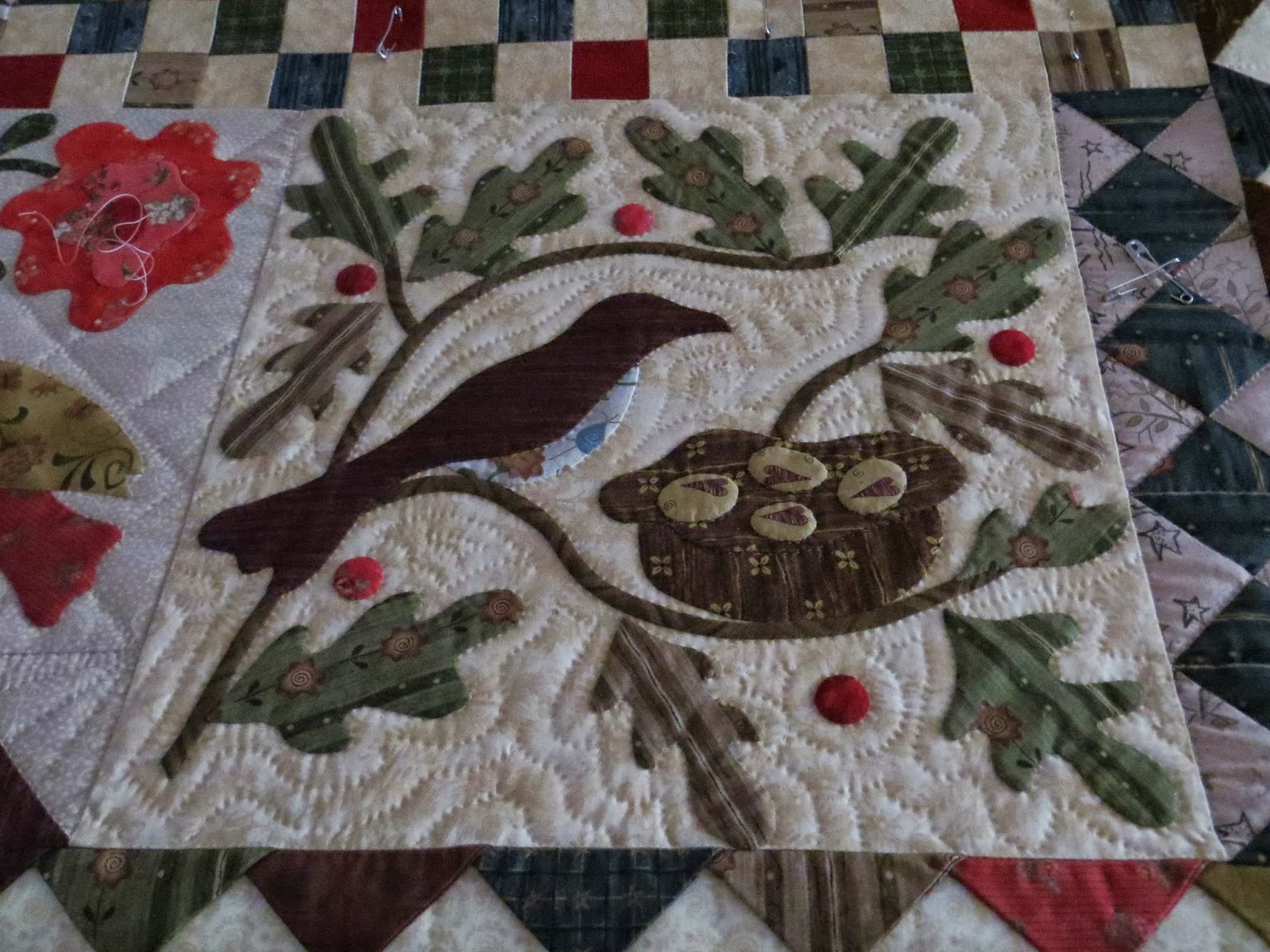 And I am moseying along with the hand quilting on my Birds of a Feather quilt.  I really  need to come up with my own name for this quilt.

So many fun borders around those blocks.
Your hand quilting looks really nice, Robin.
What a sad story in your history.