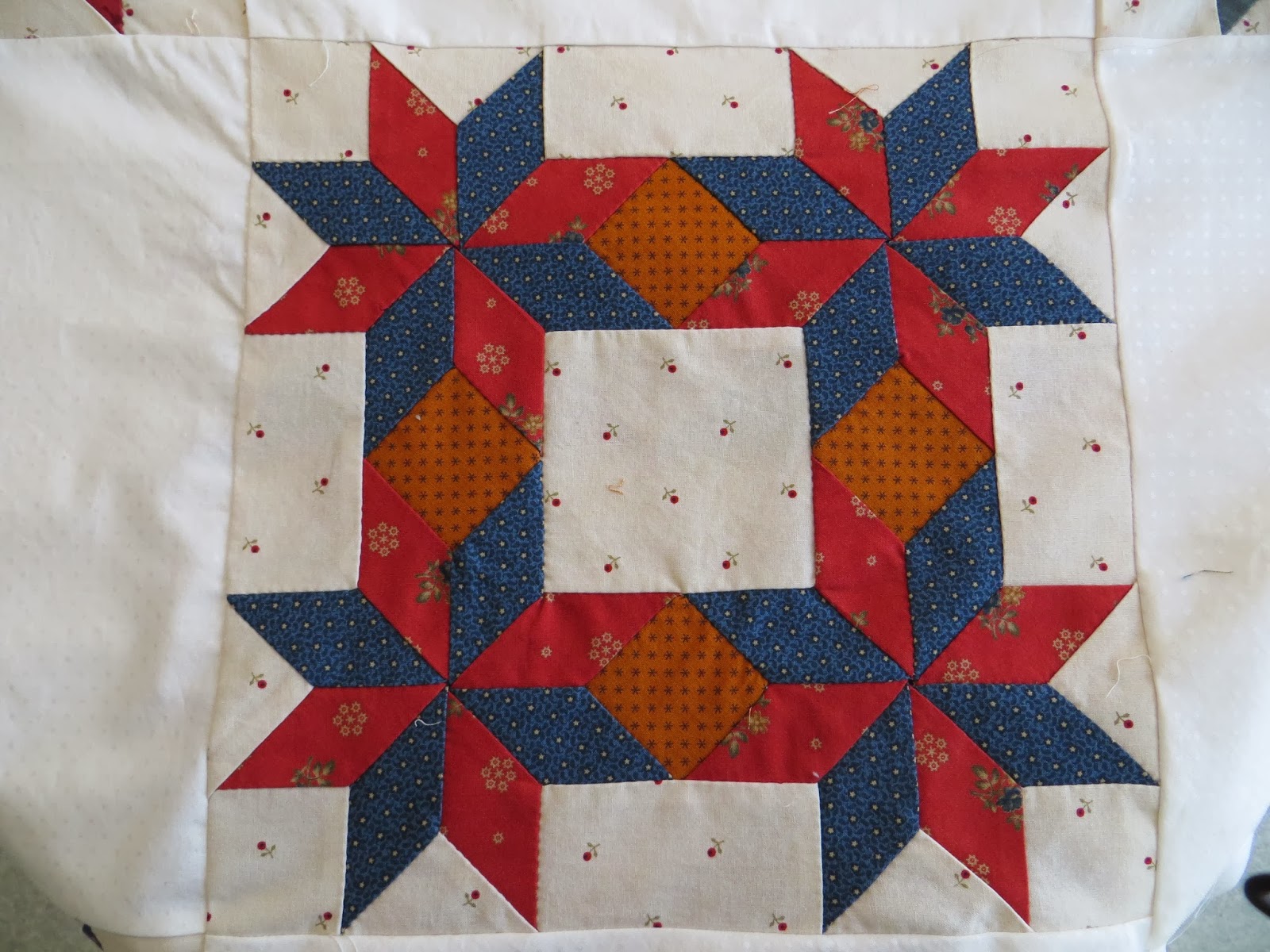 I wanted to do a project that I could just pick up and work on when I had a few minutes here in Wisconsin.  We've been here almost 8 months and this is what I have to show for my down time. 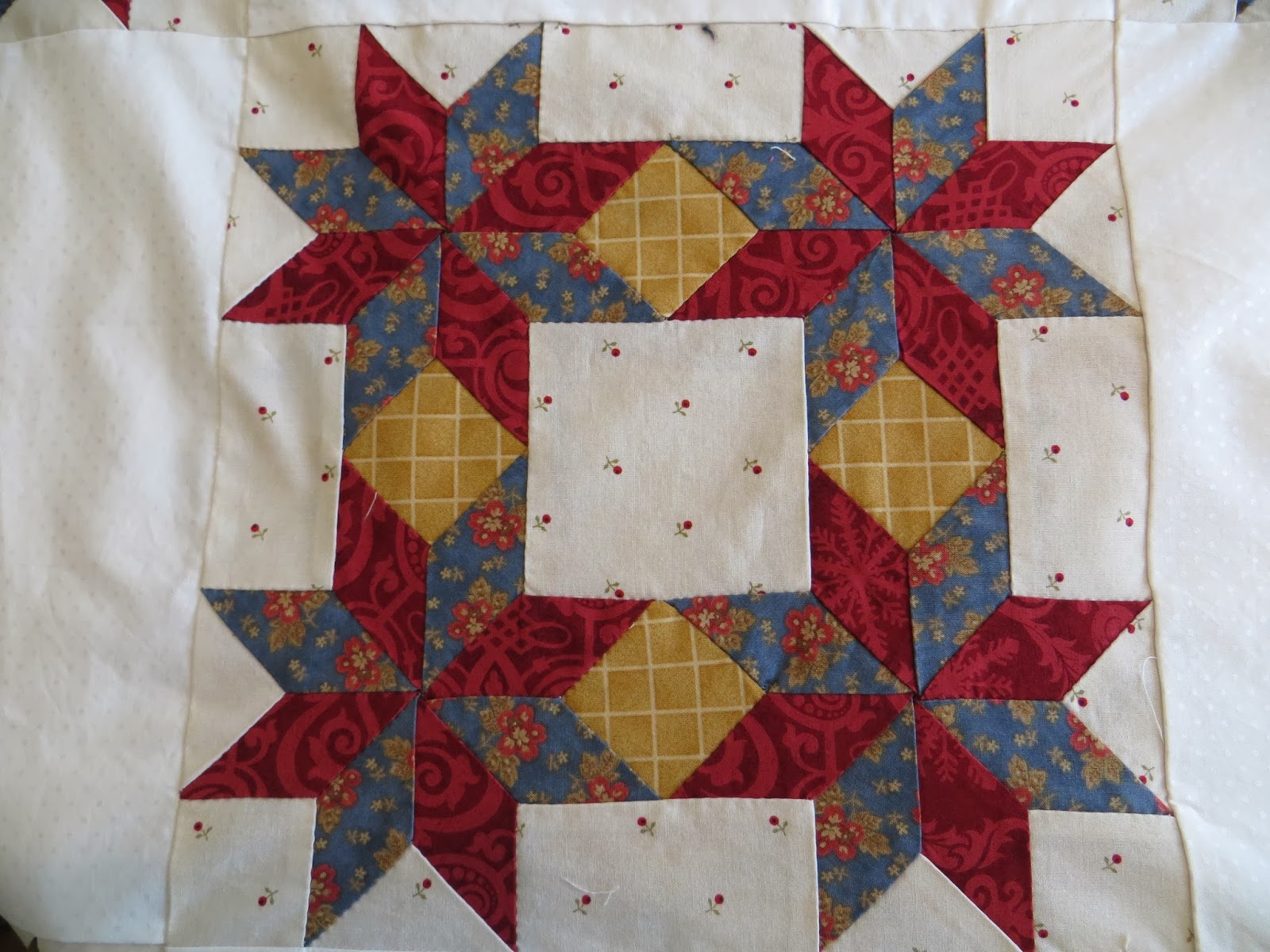 I finished all 25 of my Old Maid's Patience blocks containing 100 Lemoyne stars and so many "Y" seams that I can't count them all.  The blocks are all hand-pieced (sigh). 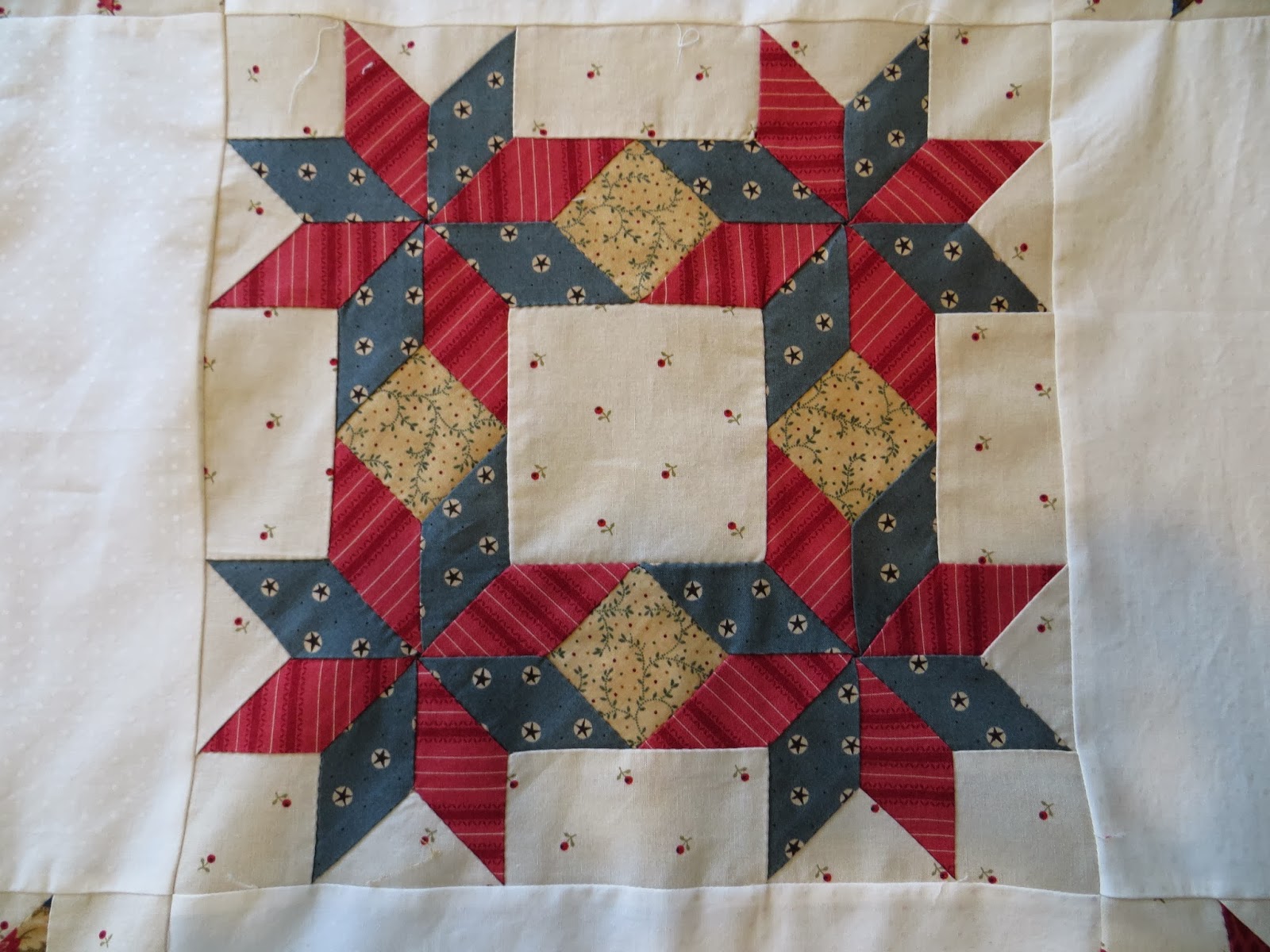 This isn't a quilt that SHOUTS out to you "Look at Me!"  And that is exactly what I wanted. 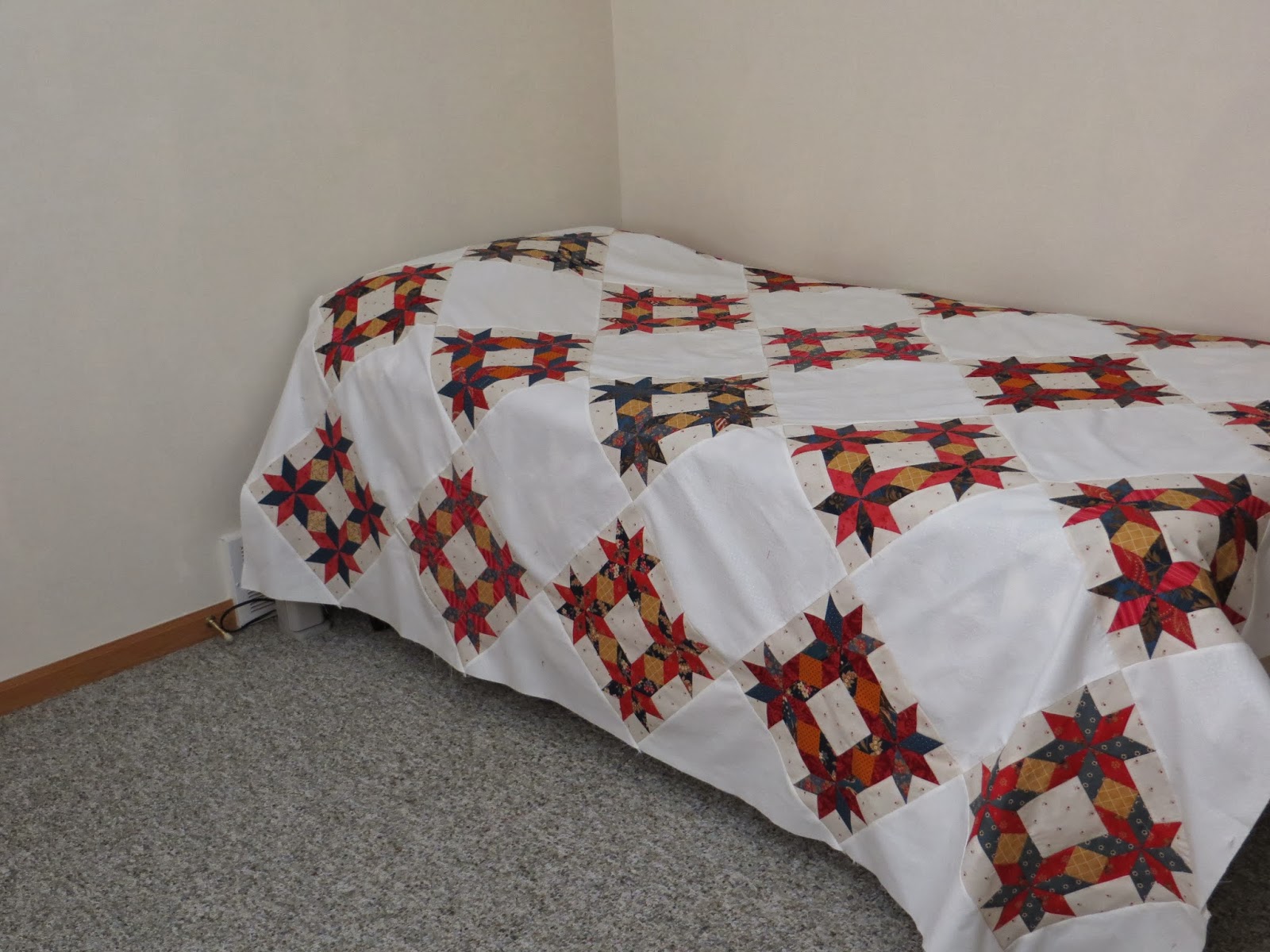 Can't you just see this on a bed in a loft ? 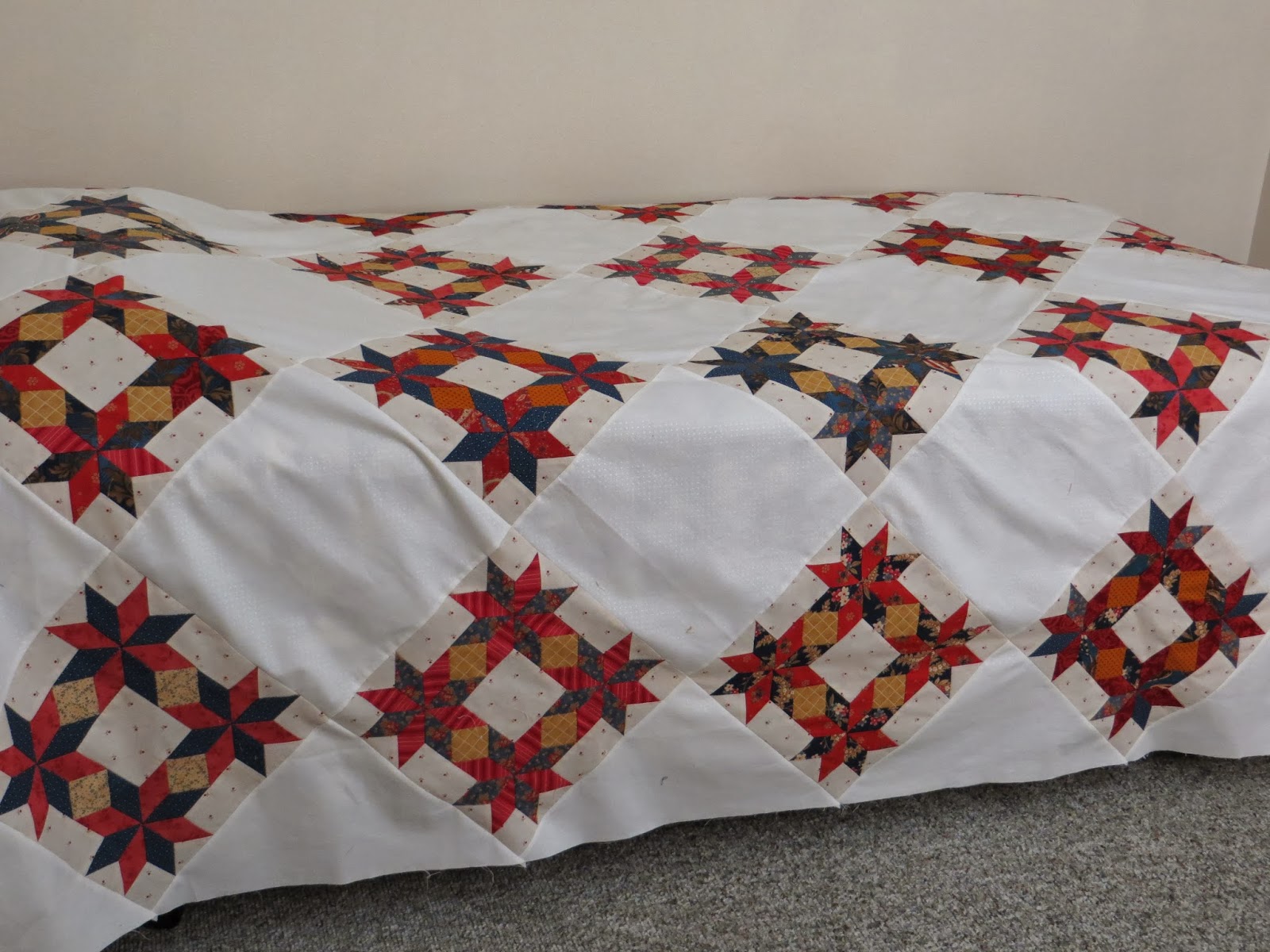 Maybe it could be used on the back of a slip-covered sofa . . . 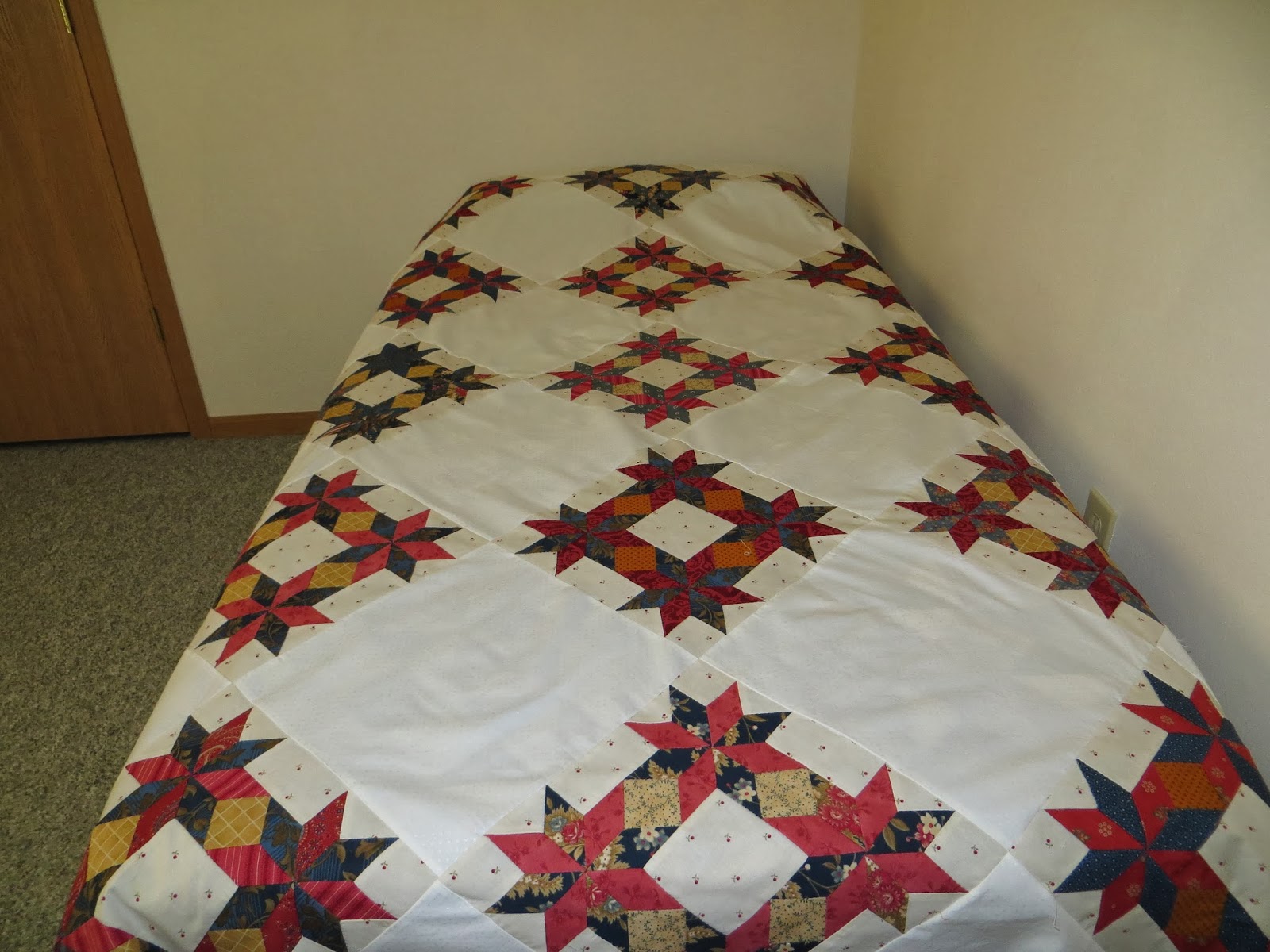 or on a porch swing~ 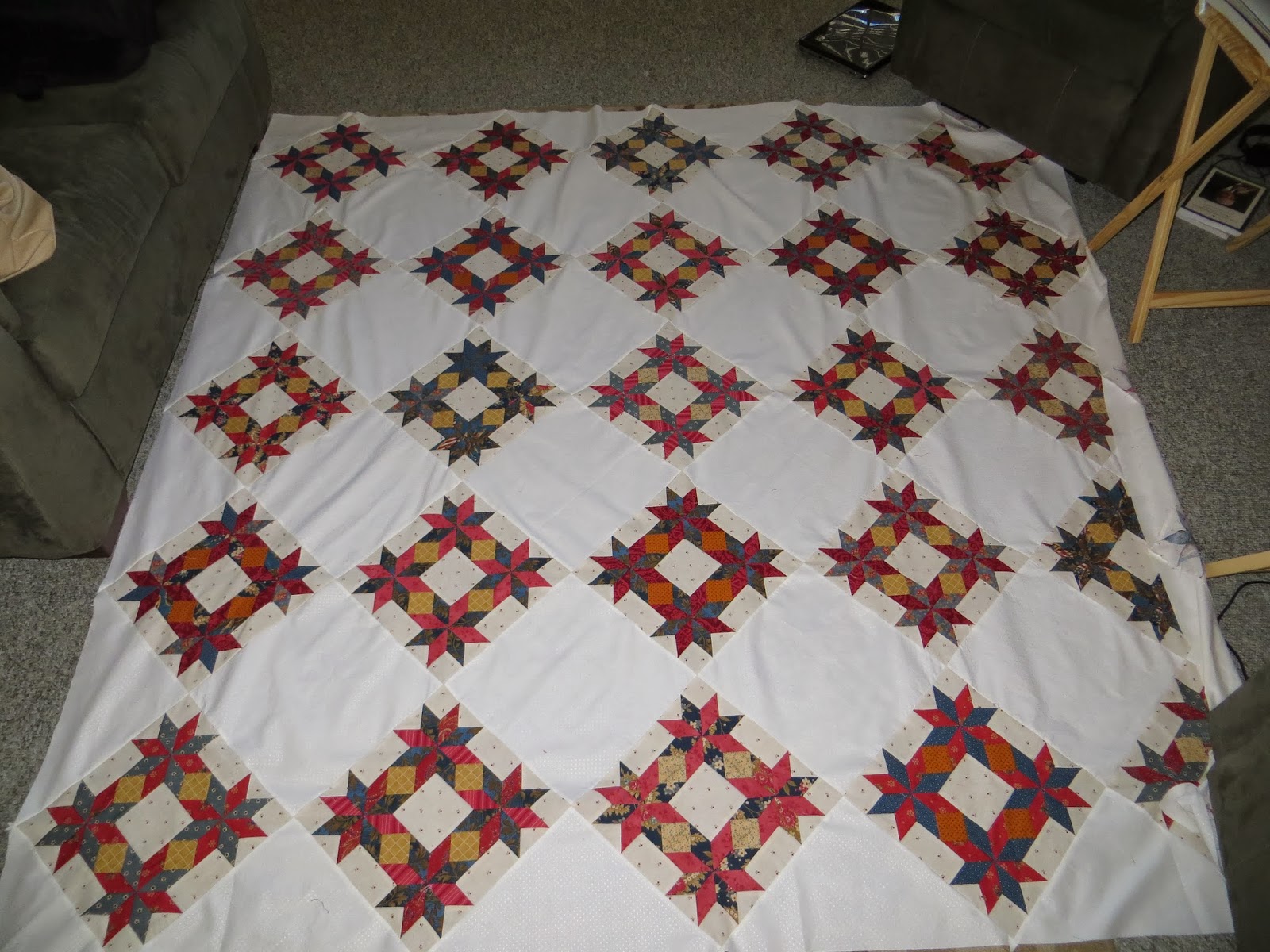 It is about 86" square.
I don't think it needs a border, I'm going to bind it with one of the leftover blues or maybe the gold. 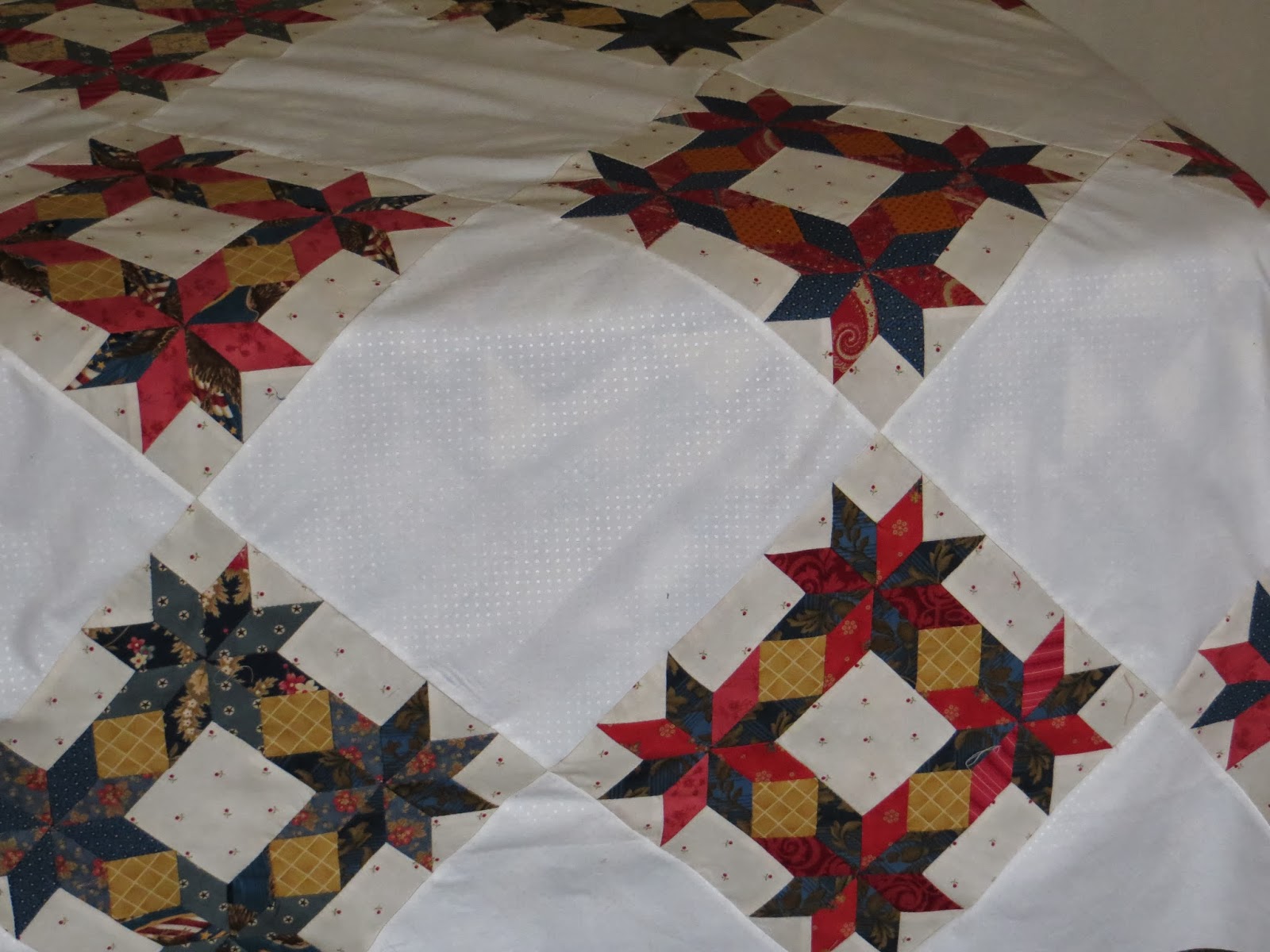 I wanted a red, white, and blue feel but  I also wanted to update it a little from the 1860 quilt it is patterned after.  So I used a Lakehouse white on white pindot for the alternating squares.

I'm not sure how I want to quilt this.  I'm currently quilting on a quilt with white alternating squares and have a floral/feather design going on there so I want to do something different, something that is also not fancy.  I've considered doing a Baptist fan design but I'll have to think about it for a while.  Any suggestions? 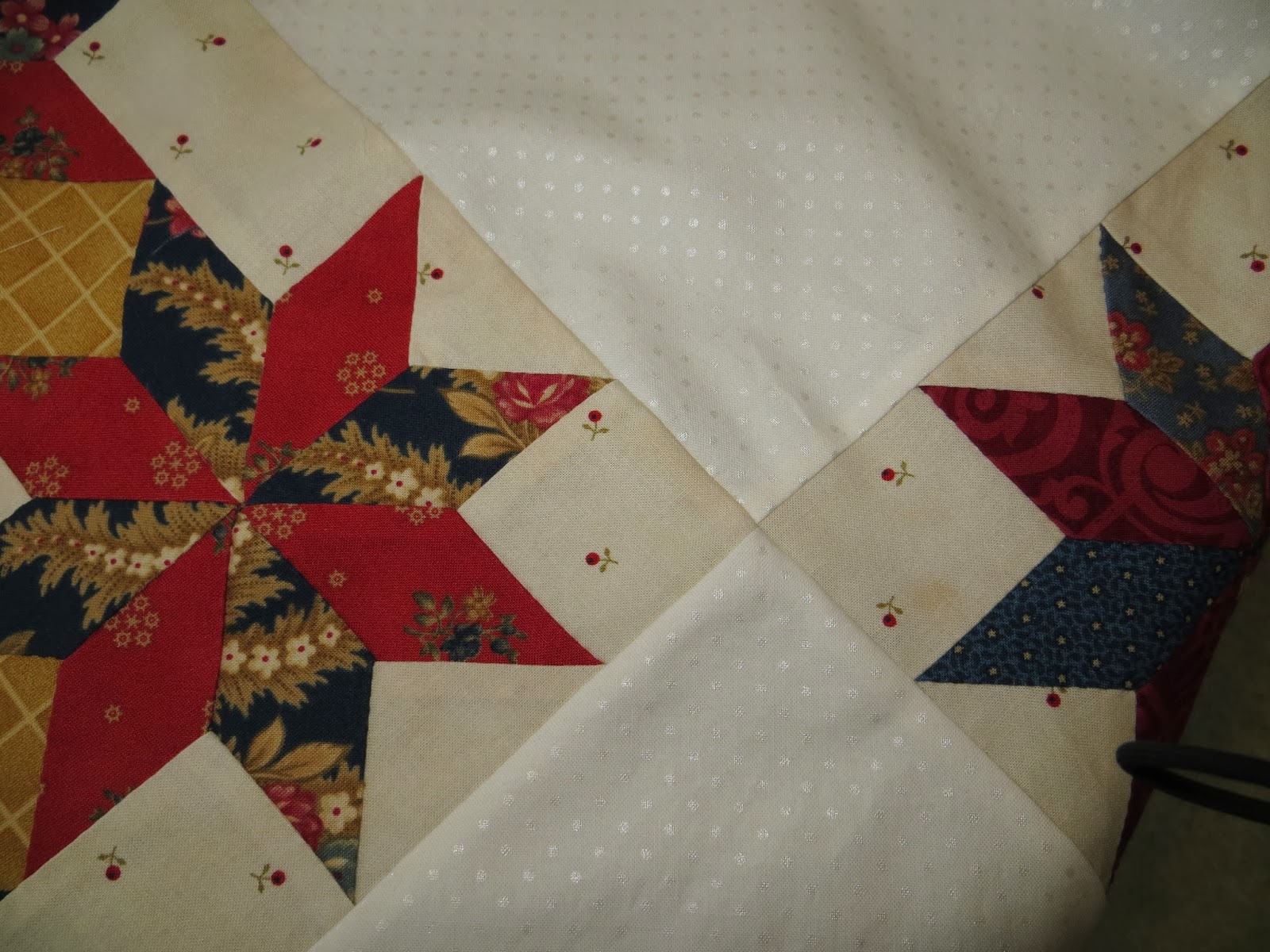 Maybe it could be used as a tablecloth like the example in the picture of the pattern. 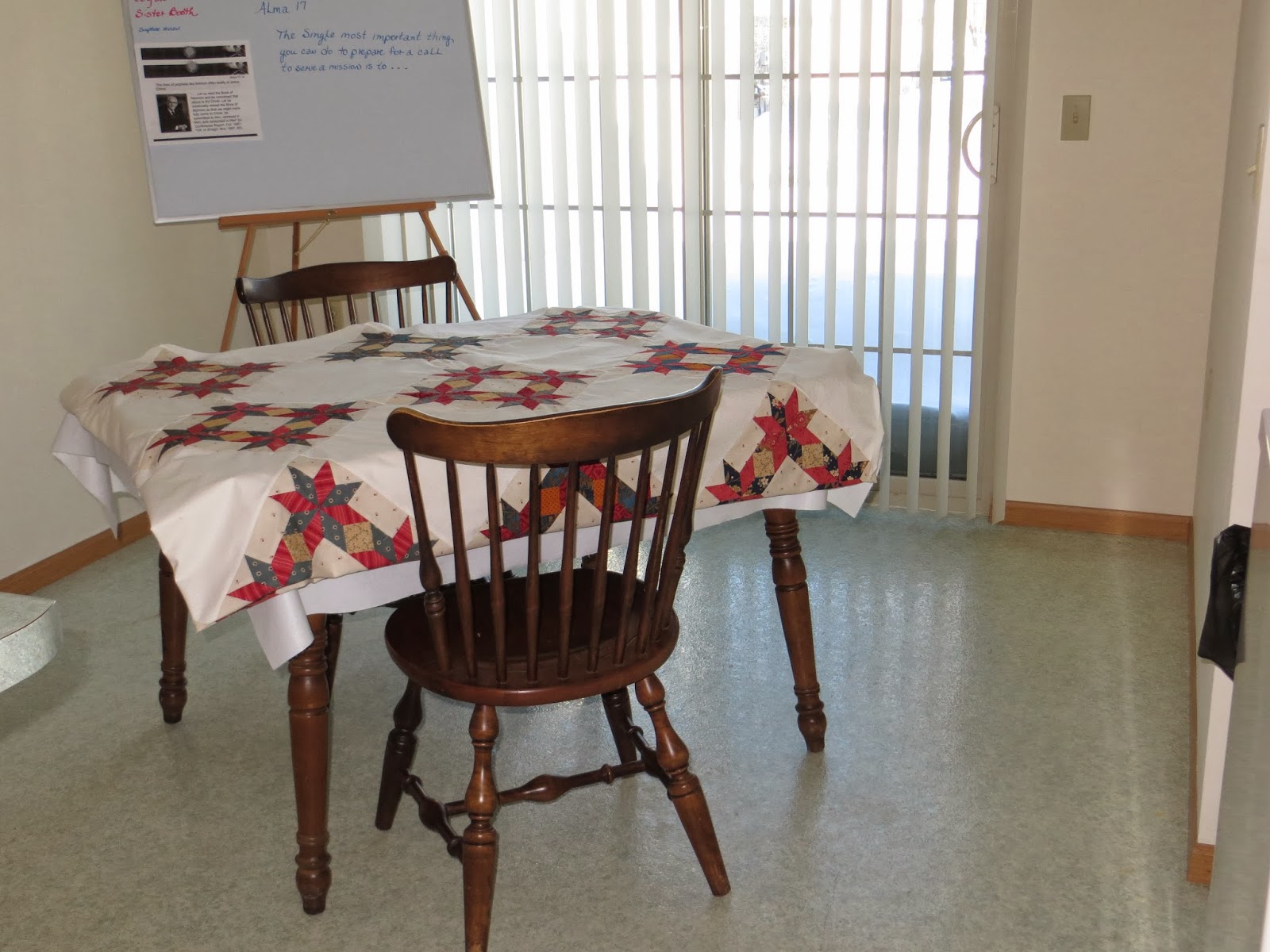 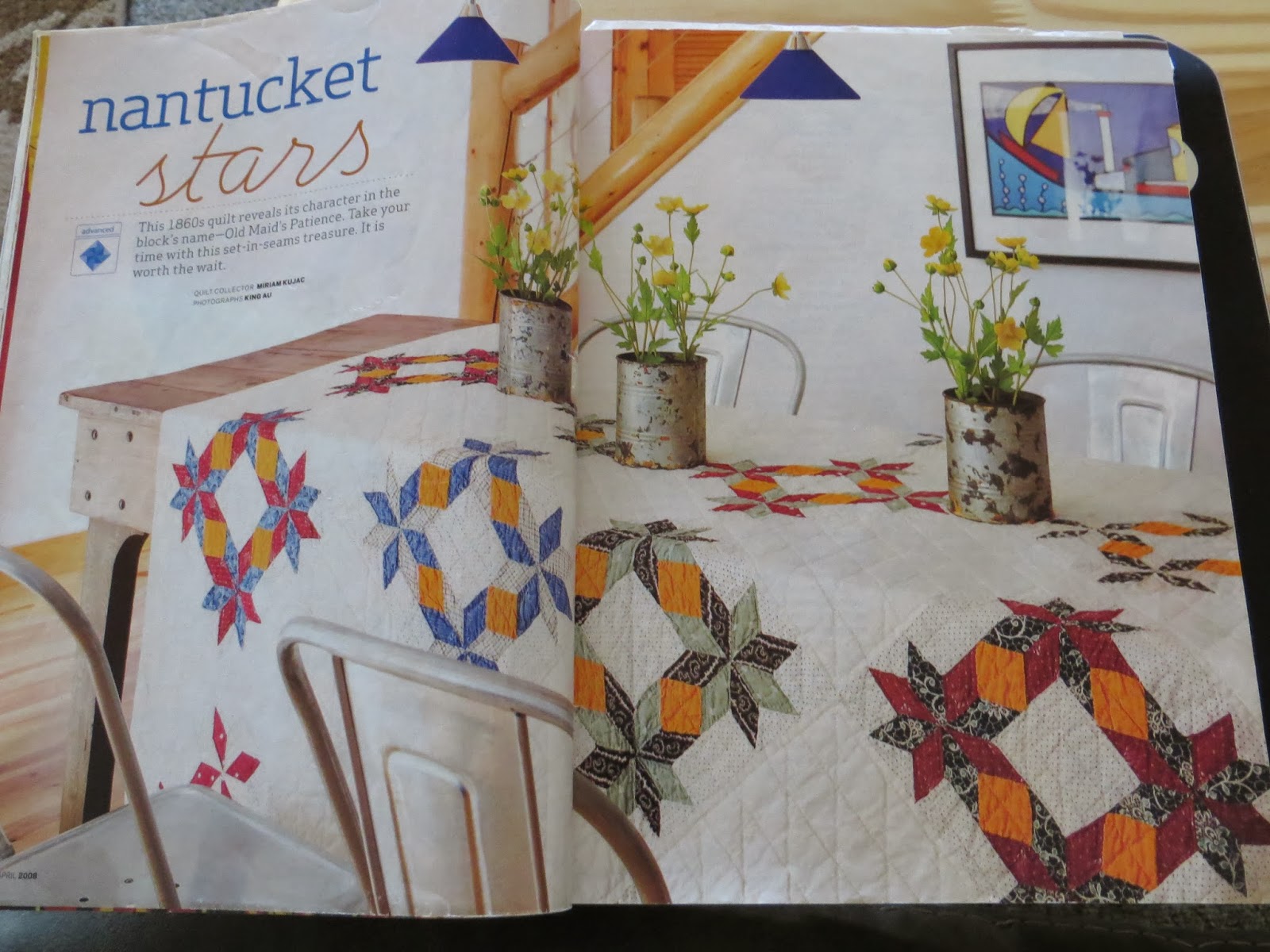 The pattern is found in the April 2008 American Patchwork and Quilting magazine.  The original quilt is owned by Miriam Kujac. 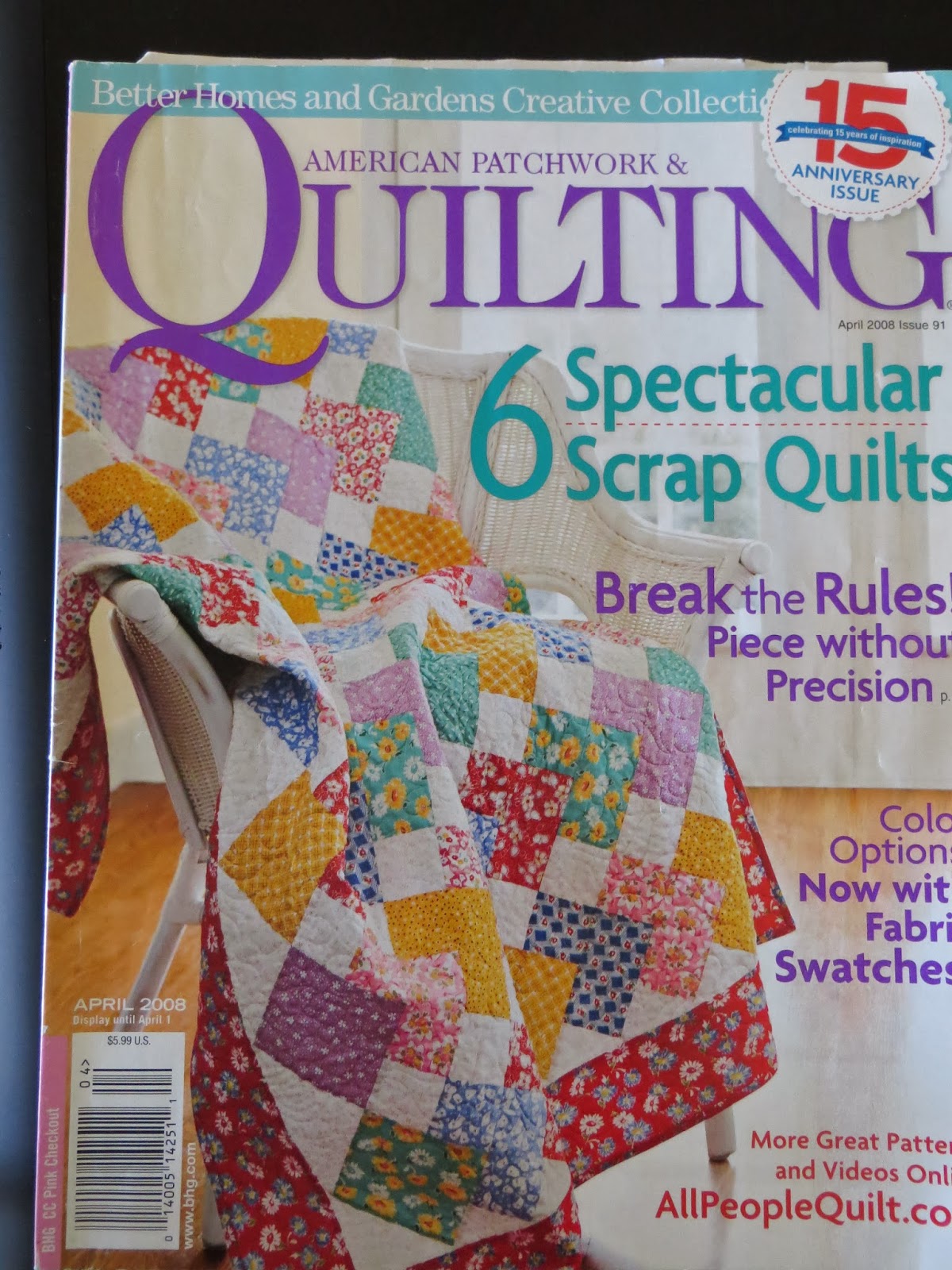 I was pleased to see the quilt below on Taryn's blog Repro Quilt Lover.  She was able to view it in person.  Visit her blog to see more wonderful quilts.

This is another quilt using the Old Maid's Patience block only this one has sashing.  It looks great doesn't it.?  I got this picture from The Quilt Index 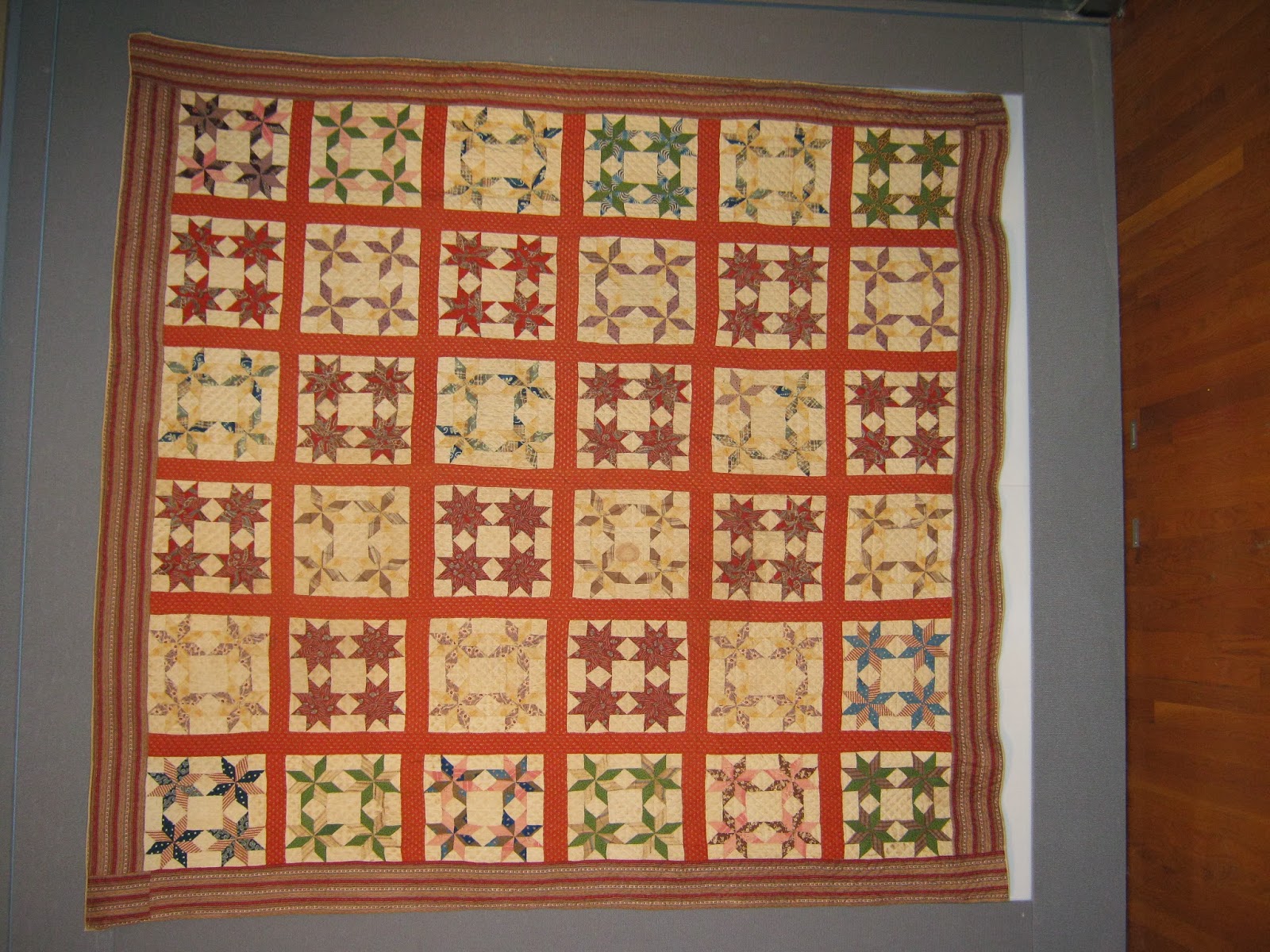 and this picture too.  This is also called an Old Maid's Patience quilt  but while it also has Lemoyne stars they aren't placed four to a block.  The reason I added this picture is because of the delightful border.  Hopefully you can see it well. 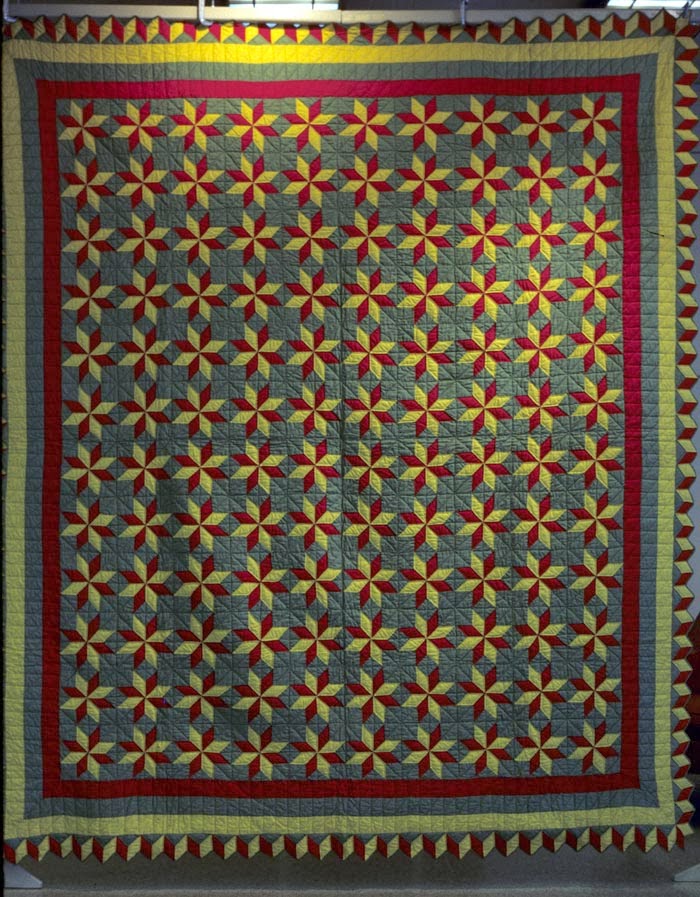