All the things that are going amiss in the world make quilting seem rather insignificant.  But, it is what I turn to when I want some peace. 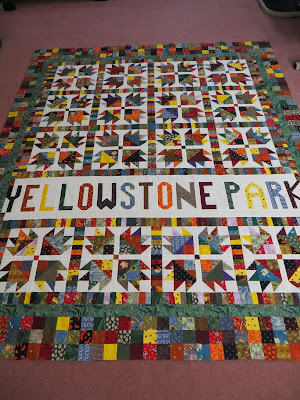 I finished the top for the Ad Hoc Improv quilters (see link-up here) quarterly challenge of using words in a quilt.  The blocks made me think of bears (Bears paw) and when I think of bears I think of Yellowstone Park.  This was going to be a camp quilt from the start and what better place to go camping? 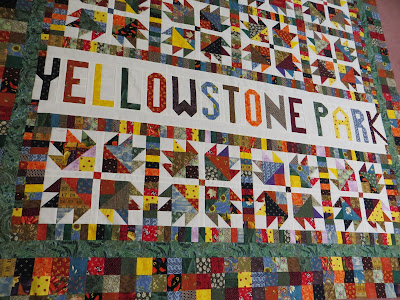 I used a random mix of unrelated scraps and fat quarters.  There are cows and maple leaves, violins, tape measures, chili peppers, sunflowers, apples, and uglies.  It measures 76" X 90". 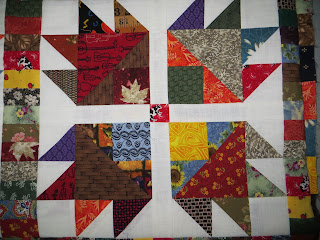 I've been stitching a little on the Marigold quilt.  I just love the play of light and shadow when something is hand quilted. 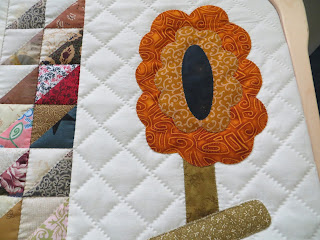 Looking at it just makes me happy.  I only have the words left to quilt and then I can bind it and hang it up. 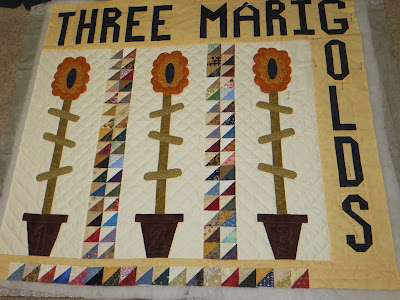 We went on a trip to Kentucky last week to visit our son who is stationed at Ft. Campbell.  We arrived in pleasant continual drizzle.  It was kind of like those big round shower heads - a leftover of Hurricane Irma.  So, so sad.  It just gave them rain in the Kentucky/Tennessee area unlike the remains of Hurricane Harvey that flattened fields of corn with the wind and flooded fields and basements with the constant rain.

I took my "Rising Sun" blocks to hand piece while sitting in the car.  I was able to finish 9 blocks!  That's amazing for me.  I finished one block while we drove through a snow storm in Wyoming on the way home.  It helped me to relax as I sewed instead of watching the road.  Here are the previously pieced blocks with the new ones. 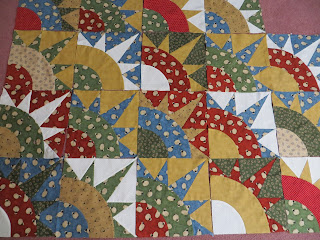 This was the "rising sun" one morning as we were driving east.  I wish I could have captured the bright orange glow it was producing.  It was pretty special. 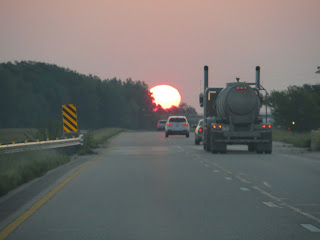 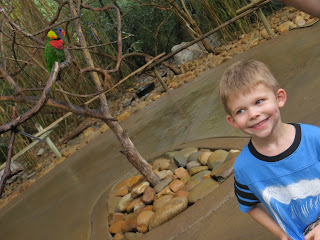 And then, the whole point of going so far - the grandkids.  Too cute! 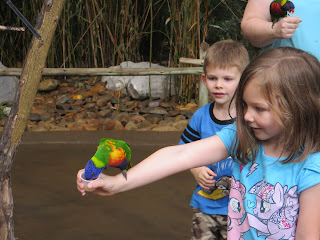 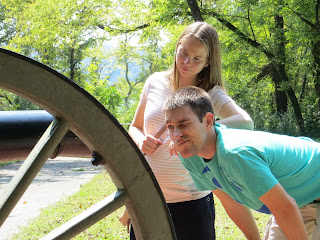 We went to Ft. Defiance in Clarksville Tennessee for a reenactment but only got to see some of the cannons and a few people dressed in period costume.  Oh, and we got to see the remains of the original earthen fort.  I didn't realize the Confederacy was trying to defend themselves with only dirt for walls (that's all they were able to quickly come up with).  No wonder the Union won that particular battle. 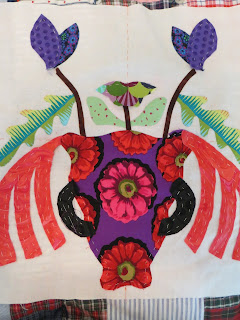 I haven't been working very much on my applique.  I've started another basket block.  It will have a large center flower and 3 more petals on each side fanning out.  It kind of looks like a moth with those feathery antennae and the hovering wings.  I'm hoping to get it done by the end of the month.  That's doable, I think. 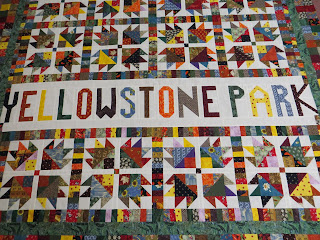 Another view of the Yellowstone Park quilt top.  I don't know when I've had more fun making a quilt top.  I gained energy from the colors, I was using up scraps and cast offs so the fabric was free, it made me think of childhood trips with my family, and it is cheerful.